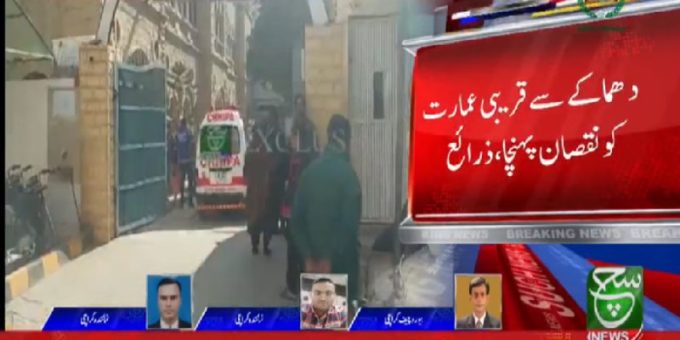 At least 14 people were killed and more than a dozen others injured on Saturday in a blast that took place at Paracha Chowk in the city’s Shershah neigbourhood.

PTI MNA Alamgir Khan’s father is among those to have died in the explosion, PTI-Karachi President MPA Khurram Sher Zaman confirmed, as fears of increasing casualties remain with the search and rescue operation underway.

Can a ‘Very Confident’ Carrie Lam Salvage Her Legacy in Hong Kong?