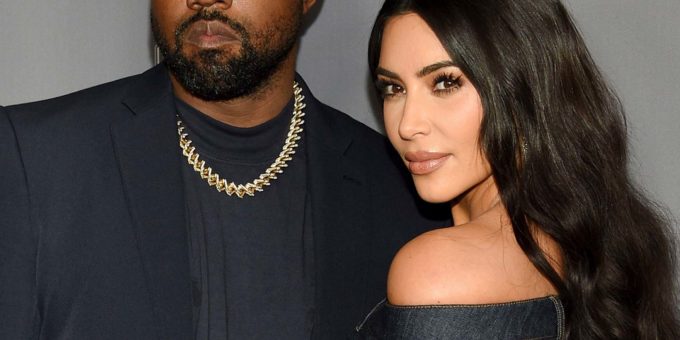 Kim Kardashian and Kanye West, who apparently avoided each other on their daughter’s birthday this week, seem to be embroiled in new rift after the rapper’s latest statement about their eldest daughter’s move. Kanye West has blasted his estranged wife Kim Kardashian for allowing their eight-year-old daughter North making TikTok videos.

The 44-year-old hitmaker, in a recent interview with Jason Lee, admitted that he’s not a fan of the viral video app and doesn’t like the fact that his daughter North has become quite the TikTok sensation after hacking into her mother’s account numerous times in recent months.

He reiterated: “I said, “I need you to go and say these two things: Security ain’t going to be in between me and my children, and my children ain’t going to be on TikTok without my permission.” The Rapper clearly explained his feelings about children ( North, 8, Saint, 5, Chicago, 4, and Psalm, 2) that he was particularly sensitive about the public’s perception of his children.

Kanye West concluded: “They can go on SNL and make jokes, they can make jokes in the media, they can plant stories, about whoever I am dating and whatever I want to do. I can tell you straight up, don’t play with my kids.”

The Stronger hitmaker, who was allegedly stopped by Kim’s security guards, also revealed that his two female cousins’ spoke Kardashian’s ‘security’ on his behalf last week after an alleged ‘incident’ at the family home.

The new observations record a key crossover from classical to quantum behavior. — ScienceDaily