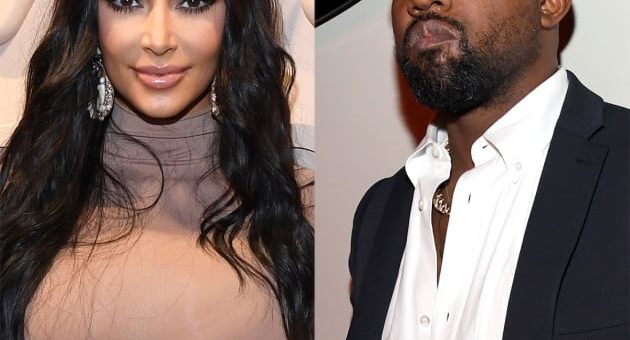 
Now, we know people have been saying that for years, and to be fair, there were many times when it looked as though Yeezy had gone off the deep end.


But never before has the erratic rapper’s psyche been all over the map quite in the way that we’re witnessing now.


Case in point, just a few days ago, Kanye was accusing Kim of kidnapping his daughter.


Now he’s on Instagram praying that his estranged wife will give him a second chance.


Yes, it’s not a move that anyone expected, especially since Kanye is supposedly still dating Julia Fox.


But apparently Yeezy is so desperate to win his ex back that he doesn’t care who knows it.


Ye posted a collage of pics from Kim’s Vogue cover shoot, and he captioned the post in a way that really can’t be misinterpreted:


“GOD PLEASE BRING OUR FAMILY BACK TOGETHER,” West wrote.


Subtlety has never been Kanye’s thing, of course.


But this level of directness is surprising for a few reasons.


For one thing, there’s that aforementioned relationship with Julia, who probably wasn’t thrilled to see Kanye publicly pleading for a second chance with his ex.


On top of that, there’s that whole thing of how Kanye has been publicly roasting Kim and accusing her of all manner of awful behavior.


“America saw you try to kid nap [sic] my daughter on her birthday by not providing the address,” West posted on Friday.


“You put security on me inside of the house to play with my son then accused me of stealing I had to take a drug test after Chicago’s party cause you accused me of being on drugs.”


West concluded with a bizarre parting shot at one of Kim’s closest friends:


“Tracy Romulus stop manipulating Kim to be this way…” he wrote, referring to the longtime chief marketing officer of KKW Brands.


On top of all that, the same Vogue cover story that gave us those pics of Kim and the kids also included some enlightening comments from Kim about her divorce.


“For so long, I did what made other people happy,” the 41-year-old explained to the outlet.


“And I think in the last two years I decided, I’m going to make myself happy. And that feels really good. And even if that created changes and caused my divorce, I think it’s important to be honest with yourself about what really makes you happy,” she continued.


“I’ve chosen myself. I think it’s okay to choose you.”


So did Kanye just grab those pics and not bother to read the article?


As you’ve no doubt heard by now, Kim is dating Pete Davidson, and the relationship appears to be going quite well.


The couple kept things on the down-low — or attempted to, anyway — for the first four months, but Pete finally referred to Kim as his girlfriend earlier this week.


And Kanye picks now to try and guilt Kim into taking him back?!


Fortunately, it doesn’t sound like Kim has any interest in making the same mistake twice.


If anything, Kanye is probably just reminding her that she did the right thing by kicking his ass to the curb.

Exclusive: Bhumi Pednekar on Badhaai Do, being an ally to the LGBTQ community and more