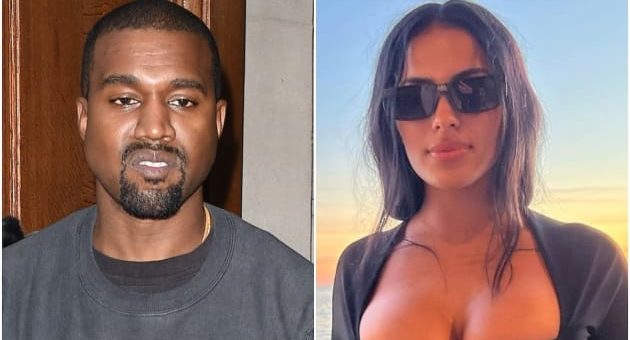 The mind of Kanye West has always been a frightening place.


But the nether regions of Yeezy’s psyche are especially spooky these days, as the rapper attempts to come to terms with the fact that his marriage to Kim Kardashian is really over.


For the past several months, the world has looked on in horror as Kanye has cycled through the stages of grieving with all the self-awareness of a bratty toddler.


In the span of a few weeks, West went from trying to win Kim back to lashing out at her in anger.


The allegation was completely without merit, of course, and it seems that Yeezy was merely upset over the fact that his daughter had appeared in one of Kim’s TikTok videos.


Needless to say, the rapper is in a very unstable state, even by Kanye standards.


At first, Kanye attempted to move on by dating actress Julia Fox.


While there’s been no official breakup announcement, it looks as though Yeezy may have pulled the plug on that relationship in favor of yet another rebound fling.


And this new relationship is raising even more concerns about the state of West’s mental health.


Ye has made several public appearances in the past week, hosting a series of listening parties for his upcoming album Donda 2.


(Since the original Donda, which just came out in August of 2021, was considered a massive disappointment by both fans and critics, hopes for Yeezy’s latest efforts are not particularly high.)


Kanye’s constant companion at these functions has been a model named Chaney Jones.


And as you can see, Chaney looks a lot like Kim.


After the event then headed across town to a party hosted by Sunny Vodka.


Kendall Jenner was one of the many celebrity guests at the star-studded soiree, but Kanye and Chaney seemed unbothered by her presence.


So maybe Chaney is just a friend of Kanye’s?


A friend who happens to look identical to his estranged wife like something out of a Hitchcock movie for the Instagram era?


Well, we might buy that explanation were it not for a recent selfie that Chaney posted along with a very provocative caption:


Something tells us she’s not talking about the rando who pointed his iPhone at her for the pic.


As for Julia, well … at first it looked as though the Uncut Gems star had accepted that her time as Kanye’s arm candy had come to an end.


She deleted a bunch of pics of Kanye from her Instagram page, and she unfollowed a bunch of fan accounts that had sprung up in the weeks since she and Kanye went public with their relationship.


But then Fox quashed the rumors with a curious Instagram Story:


“Guys, relax. I unfollowed the fan accounts because I was tired of seeing myself, OK?” she said in a video that briefly appeared on her page on Sunday.


“Suddenly Instagram was not a fun place anymore,” Fox continued.


“And I took the f–king photos down because I read the comments and everyone was like, ‘Oh, my God, you clearly only posted photos where you looked good in.’”


So maybe Julia is Kanye’s girlfriend and Chaney is his “muse”?


We just hope Kanye made room in his entourage for a psychiatrist, because dude is gonna lose custody of his kids if he keeps publicly lashing out at their mother.