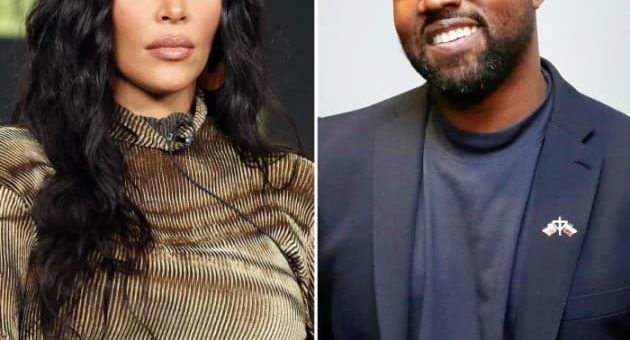 Well, we always suspected that the Kimye divorce would turn ugly eventually.


But honestly, we never thought the situation would get quit this messy.


Just a few weeks ago, Kanye West was still trying to win Kim Kardashian back, despite the fact that his estranged wife was clearly in a relationship with Pete Davidson.


Now, the former couple is engaged in a full-blown war of words, with both sides hurling accusations at one another on social media.


The latest round of hostility started when Kim innocently posted a TikTok video featuring a cameo from her eight-year-old daughter, North West.


Kanye commented on Instagram in a way that basically forced Kim to respond:


“Since this is my first divorce I need to know what I should do about my daughter being put on TikTok against my will,” the rapper wrote.


“Kanye’s constant attacks on me in interviews and on social media is actually more hurtful than any TikTok North might create.


“As the parent who is the main provider and caregiver for our children, I am doing my best to protect our daughter while also allowing her to express her creativity in the medium that she wishes with adult supervision — because it brings her so much happiness.


“Divorce is difficult enough on our children and Kanye’s obsession with trying to control and manipulate our situation so negatively and publicly is only causing further pain for all.


“From the beginning, I have wanted nothing but a healthy and supportive co-parenting relationship because it is what is best for our children and it saddens me that Kanye continues to make it impossible every step of the way.”


Kanye has since defended himself in shocking fashion.


“What do you mean by main provider?” West wrote on Instagram, according to TMZ.


“America saw you try to kid nap [sic] my daughter on her birthday by not providing the address,” he continued.


“You put security on me inside of the house to play with my son then accused me of stealing I had to take a drug test after Chicago’s party cause you accused me of being on drugs.”


The drug test allegation is new, and it’s unclear what Kanye is referring to with the kidnapping reference.


It’s also not clear why West took issue with Kim’s claim that she’s the kids’ primary caretaker, as the children clearly spend most of their time with their mother.


Kanye concluded his rant with a strange shot at one of Kim’s closest friends:


“Tracy Romulus stop manipulating Kim to be this way…” he wrote, referring to the longtime chief marketing officer of KKW Brands.


Kim has not yet responded to Kanye’s latest salvo, but you can be sure that the mogul and reality star has consulted with her attorneys and is currently plotting her next move.


With his long history of erratic behavior, Kanye was always relying on Kim’s goodwill with regard to custody and visitation rights for the former couple’s four children.


Now, that he’s publicly gone on the offensive like this, we’re sure the exes will wind up duking it out in court.


West’s behavior seems to confirm the rumors that he never wanted this divorce, and insiders feel that he’s lashing out now that he feels he’s lost control of the situation.