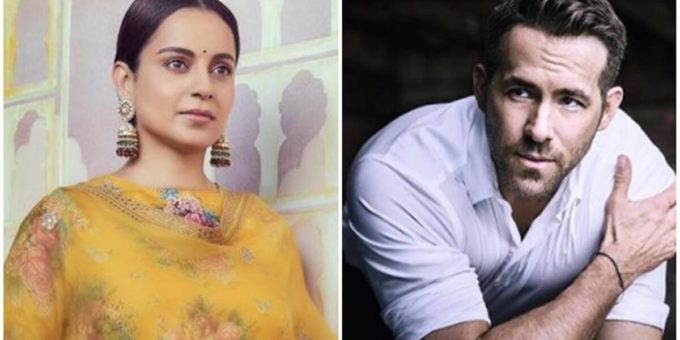 Kangana Ranaut has reacted to Hollywood star Ryan Reynolds’ recent statement about “Hollywood finally mimicking Bollywood.” While promoting his latest film Free Guy, Ryan Reynolds made a witty appeal to his Indian fans in a video released earlier this week.

While describing the various elements of the film, Ryan noted that Free Guy had all the tropes of a typical Bollywood movie. “If you’re wondering whether Hollywood is just mimicking Bollywood…Well, the answer is yes. We have no shame, no shame at all,” Reynolds, known for his terrific sense of humour, said in the video.

Sharing an Instagram story featuring Ryan’s statement, Kangana Ranauat said that not only mimicking Bollywood but Hollywood was also trying to steal Indian theatre screens. “And trying to steal our screens…,” the Thalaivii actor wrote.

While promoting her recent release Thalaivii, Kangana said during a press conference. “We need to discourage American and English movies as they are taking over our screens. We need to behave like one nation. We need to stop dividing ourselves like North India or South India. We need to enjoy our own films first, be it Malayalam, Tamil, Telugu or Punjabi.”

Opinion | How Putin’s Propaganda System Keeps Him in Power

How to Watch Emmy Awards 2021 in India