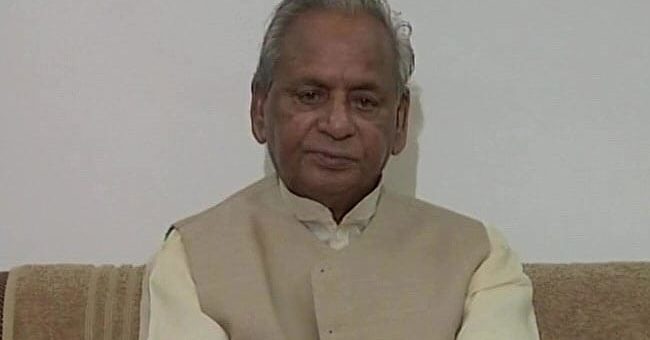 Former Uttar Pradesh Chief Minister Kalyan Singh died today in New Delhi due to sepsis and multi-organ failure. He was 89.

The senior BJP leader had been undergoing treatment in the intensive care unit of the Sanjay Gandhi Post Graduate Institute of Medical Sciences (SGPGIMS) in the national capital since July 4. On Friday, his condition deteriorated following which he was placed on dialysis.

Earlier, a panel of experts from the hospital’s nephrology, cardiology, neurology, endocrinology, and neuro-otology departments had been formed to attend to the former Rajasthan Governor.

He was first admitted to the Ram Manohar Lohia Hospital before being shifted to SGPGIMS.

His first term is remembered for the demolition of the long-disputed Babri mosque in Ayodhya on December 26, 1992. This incident sent shock waves across the country and is widely viewed as a milestone in modern India’s socio-political history and in the rise of his party, the BJP.

Rahul Vaidya hits back at trolls who said he bought followers as he crosses 1 million mark on Instagram, watch video
2021-04-28