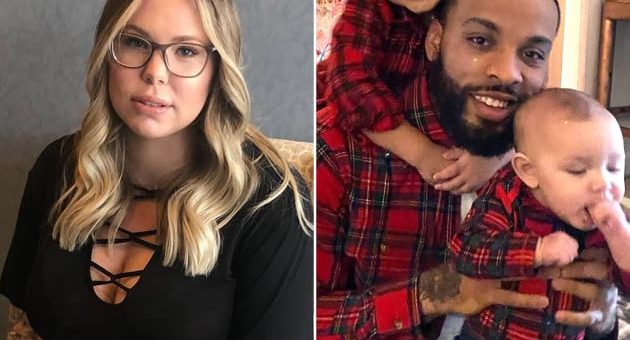 Kailyn Lowry and Chris Lopez have a very long history together.


And for most of that time, they’ve been at each other’s throats.


These two have been able to set aside their differences long enough to make a couple of babies, but in both cases, it wasn’t long before they were once again hurling insults at each other on social media.


Kail does the the most mud-slinging but we suppose that makes sense.


After all, she’s the one who’s stuck raising Chris’ kids.


Yes, according to Lowry, Lopez is an “Instagram dad,” who only hangs out with his kids in order to post selfies and keep up appearances.


Chris, of course, denies this, but recent developments seem to suggest that he’s not as present in his son’s lives as he could or should be.


Kail took issue with this little jaunt, as she claims that Lopez has not been holding up his end of the deal in terms of providing for their two sons.


“You should take care of your financial obligations to your children before going on a trip to Miami,” Kail said in a lengthy message posted to her Instagram Story on Monday, according to The Sun.


“Just because I have it financially does mean that I should be responsible by myself,” Kail continued.


“So as a parent, if you’re planning on going out, make sure that your kids are taken care of first.”


She also shared a screenshot from Venmo that showed a $50 cash request titled “Creed doctor and chest X-rays.”


“Lopez has rejected too many previous requests. Ask them to send you cash instead,” the follow-up sreenshot read.


“I already pay $600 each for health insurance. Please send the balances,” Chris commented on the post.


“They said you can call directly to pay over the phone,” he added.


Kail texted Chris again on Sunday, reminding Chris that he owes her money:


“Following up on the kids medical bills,” her message read.


“Sometimes when ppl can no longer control you, they will try to control how others see you,” Chris wrote on Instagram in an obvious shot at Kail.


“I was enjoying myself too much to notice. Don’t be mad I’m smiling again.”


Sadly, it seems that the matter of medical bills might be an ongoing issue.


When a fan asked about Creed’s unusual gait in the comments on a recent Instagram, Lowry made a startling revelation.


“He’s very bowlegged. Lux was also, but grew out of it,” she replied.


“Creed sees an orthopedic specialist to keep an eye on them but he will most likely grow out of it.”


So will Chris man up and start paying his kids’ medical bills?


Well, perhaps he’d like to — but the situation might be complicated by the fact that Chris’ family situation.


Kail recentlt suggested that Lopez got another woman pregnant, and if that’s the case, what little cash he has will need to stretch even fiurther.


“Congratulations to Chris & his new family. So exciting for the boys to have a new sibling to love.”


In fact, his only response was to clap back at his ex:


“If they ain’t giving you the right attention I get it but this ain’t the way to get mine.”


So while it’s unclear if Chris is actually expecting a third child, it’s very clear that he and Kail are butting heads more than ever these days.


And that means it’s unlikely that Chris will start forking over the additional cash that Kail is looking for,