Breaking News
2022-12-02 How Nick Jonas, Priyanka Chopra wished each other on their fourth wedding anniversary 2022-12-02 Prince William and Kate Middleton: BOOED at Celtics Game During Visit to Boston! 2022-12-02 Ricky Ponting Rushed To Hospital After Suffering Health Scare On Day 3 Of Australia vs West Indies Test: Reports 2022-12-02 How To Make Paneer Fries For Ultimate Weekend Indulgence 2022-12-02 “Is wine really healthy and beer not really alcohol?” Experts share signs of alcohol use disorder 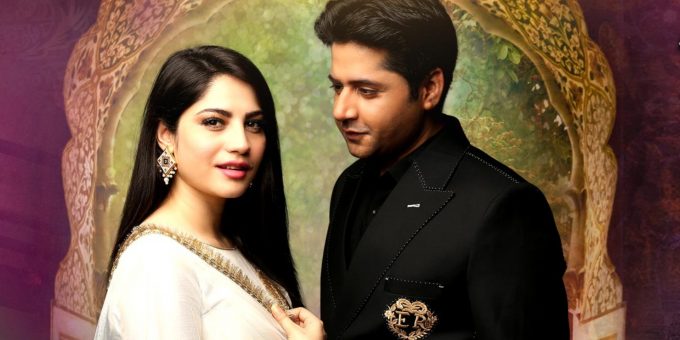 Kahin Deep Jalay continues to top the TRP charts as Zeeshan and Rida’s marriage falls apart.  In episode 20, Faham’s (Ali Abbas) presence continues to be sorely missed as it becomes more and more apparent that Faham was the glue that held the family together.  The most loving of the brothers, he doted on Rida (Neelum Munir) and not only loved her, but trusted her.  In contrast, both Haatim (Hammad Farooqui) and Asim (Syed Arez) are stoic, uncaring and emotionally cut off from Rida, choosing to believe the worst in a sister they once proclaimed to love dearly.  While Rida goes through the grief of her miscarriage, Haatim and Asim do not even bother to check in with her – but are consistently seen worrying about Shameela (Nazish Jahangir), their troublemaking Bhabi whose troublemaking ways they’ve suddenly turned blind to.  Shameela’s “predicament” at home is only a predicament to her – while her brother and Bhabi do everything in their power to make her comfortable, they also are well aware of her troublemaking ways and understand her true nature.  Angered by their attitude, Shameela runs away from home – and it’s no surprise that Haatim will take her back home and marry her to keep her under his protection, allowing her to, once again, create chaos of Rida’s life.

Of course, Zeeshan (Imran Ashraf) visits his doctor and his worries are put to ease when he’s informed that his reports did not actually belong to him and he is able to be a father.  Relieved, Zeeshan takes his mother (Saba Hameed) to Rida’s house to apologize.  While initially met with resistance by Haatim and Asim, Zeeshan apologizes wholeheartedly for his behavior and is forgiven.  He heads up to get Rida to take her home, but Rida locks the door and refuses to leave with him.  Rida has been badly hurt by Zeeshan, humiliated by him.  His character assassination was not only offensive to her as a wife, but it also destroyed her relationship with her two remaining brothers who now look upon her with disgust and disdain.  She makes it clear that Zeeshan ruined everything and she will not forgive him, twisting the knife in his heart as she tells him that even God will not forgive him until she does.  Zeeshan cries and leave, disheartened and is later seen praying to God, wishing he could rectify things.

Imran Ashraf and Neelum Munir do a fabulous job in this episode.  While Neelum Munir shines as Rida, now broken after Zeeshan’s accusations and the loss of respect she has faced.  Neelum has just the right amount of innocence in this role and makes the viewer want to protect Rida from the crazy people she is surrounded by.  Imran Ashraf cannot be praised enough.  Zeeshan is a character to be despised.  He is a man taken from reality, an insecure man who creates problems in his own relationships due to those insecurities.  While he is now kicking himself for his mistakes, he also expects to be forgiven and is shocked that Rida cannot move past this.  While initially the viewer wondered why Imran Ashraf took this role, it’s now clear as Zeeshan is not an overtly “negative” character, rather he’s a very complicated character with incredibly “real” hang-ups.

With Shameela set to make her re-entry into Rida’s life next week, the level of stress Rida will face will only go up.  Hopes are now pinned on Tauqeer’s (Ali Ansari) re-entry for some potential happiness for Rida.

Reopening of Apple in China