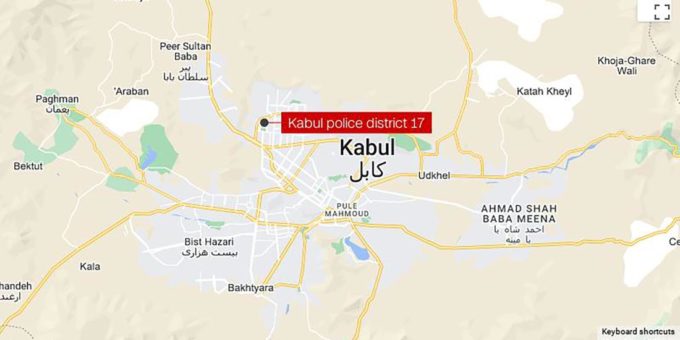 Khalid Zadran, a spokesman for the Kabul police chief, told CNN the blast caused casualties, but did not specify further.

The incident occurred in the city’s police district 17 and security forces are on the scene investigating, he added.

“Following today’s explosion, we admitted 27 patients to our Surgical Centre for War Victims in Kabul, including five minors, one of them a 7-year-old boy,” Stefano Sozza, Emergency’s Country Director in Afghanistan, told CNN.

“Two patients arrived dead, one died in the emergency room,” he said.

“In the month of August alone, we managed six mass casualties in our hospital, with a total of almost 80 patients. Throughout the year, we have continued to receive gunshot injuries, shrapnel injuries, stabbing injuries, and victims of mine and IED explosions on a daily basis. The country is suffering the consequences of a very long conflict that has undermined its future,” he added.

Taliban spokesman Zabihullah Mujahid confirmed there were dead and wounded civilians, but did not say how many. He tweeted that the Taliban government “strongly condemns” the explosion, and vowed the perpetrators of “such crimes will be caught and punished for their heinous deeds.”

Another Taliban deputy spokesperson, Bilal Karimi, condemned the explosion in a tweet on Wednesday evening.

“The murderers of civilians and perpetrators of similar crimes will soon be caught and punished for their actions, God willing,” Karimi wrote.

On Camera, Bihar Class 9 Student Shot In Neck By Man She Rejected