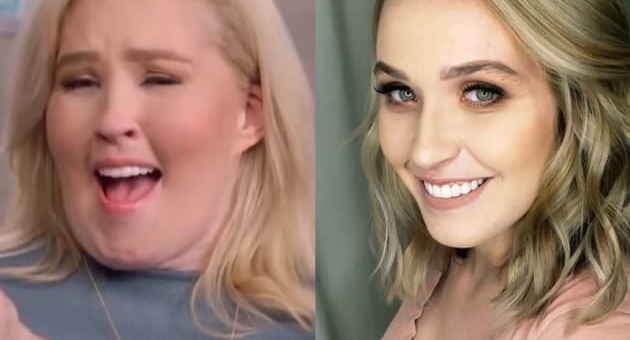 During Mama June Shannon’s downward spiral, she did more than just lose all of her money.


The reality TV star became estranged from many of her family members.


But even years before that, she had grown distant from some — including her estranged daughter, Anna.


Now, June has reunited with her daughters, and even with her granddaughter, Kaitlyn.


June Shannon knows now better than ever that being around her family is never guaranteed.


Still, she was recently able to hang out with her daughters — all at once.


However, as June admitted to The Sun, some aspects of the reunion were awkward.


Per her characterization, seeing Anna “Chickadee” again was “a little weird.”


Other than that, though, it did seem to be a happy occassion overall.


“I haven’t seen all the girls together at once,” June reflected.


She explained that this was “because the relationship with Anna has always been difficult.”


June described this tension as being “because of my mother.”


“I wanted to be in the right frame of mind to be able to deal with Anna,” June reasoned.


She observed: “as it’s always been a touchy subject.”


Even so, there were a lot of positives.


“But seeing her and her daughter Kaitlyn was great,” June praised.


“She is still with the same boyfriend,” she noted.


“But I did what I call ‘roll call’ with all the girls being there,” June shared.


It certainly is a rare thing for them to all be in one place like that.


We are sure that they all treasured the moment for what it was.


June was only 15 when she became a mother, giving birth to Anna.


Things have been uneasy for the mother and her eldest daughter for many years.


They repeatedly clashed over money, with Anna accusing June of withholding money owed to her from filming and royalties.


Worst of all, of course, June at one point was spotted hanging out with a convicted child-molester.


The man had been specifically convicted for preying upon Anna, yet June seemed to welcome him back into her life.


That scandal led to the cancelation of Here Comes Honey Boo Boo.


June soured her relationship with almost everyone in her life in 2019.


She and Geno lost her home, her fortune, her reputation, and nearly her life.


June spent nearly a million dollars in just one year to fuel her drug habit.


More than once, she promised to attend rehab … only to ghost the rehab and her family.


She and Geno have a roof over their heads, thanks in part to her salvaged reality TV career.


June knows that if she screws up her current deal with a relapse, she could lose everything again.