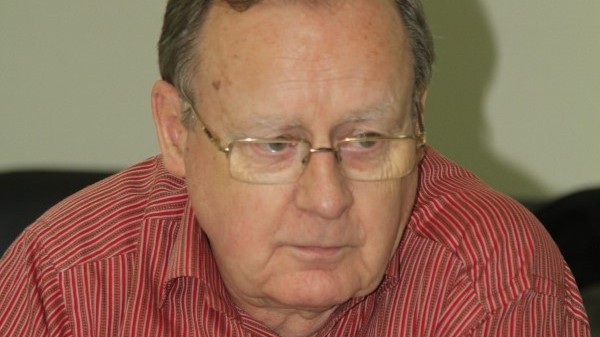 Fondly known as ‘Julian Bhai’ to his Bangladeshi friends, Francis joined a project of Oxfam in Bihar in 1968. He started working at the camp in India for the Liberation War refugees from Bangladesh. The role he played there earned him the ‘Friends of Liberation War’ honour from Bangladesh in 2012. After voting for the first time in the country, he shared his experience with us. Below is what he saw, in his own words.

Today, I cast my vote for the first time in Bangladesh in the DNCC election. Everything had happened and did happen very smoothly.

After the government honoured me with full Bangladesh citizenship in 2018, I applied for a National ID Card in April 2019 and received a temporary ID card in August.

It is clear that the computerised system really works, because I automatically received my voter ID details and name of the polling station.

Today, in Banani, I went to the Banani Bidyaniketan School & College to vote.

Everything was well-organised and peaceful and the school had many rooms divided for the 17,000 voters.

Guided by one of the polling agents, I found the correct room and my name was crossed off a list that had photos of all voters. I put my right thumb on a machine and my photo appeared on a screen. I then proceeded to a curtained off booth which had three EVM machines, one each for the mayor, councillor and woman councillor.

One concern is that you have to vote on all three machines for anything to be fully registered. What would have happened if I had only wanted to vote for one of the three?

I am surprised to hear that some voting centres are reporting that two EVMs were in use but the one I attended had three.

Channel 24 had registered my presence when I came to the campus and wondered what a ‘bideshi’ was doing, so followed me to my voting room and interviewed me after I had cast my vote.

This was my first voting experience in Bangladesh and even in the UK I am a novice. I have only voted twice in the UK; once in a village council election in 1967 and the other at the 1997 general election when Tony Blair swept in. Any other election time in the UK, I have been in Bangladesh or India.

“I have fallen in love at first sight” – Disha Patani

AAP’s Sanjay Singh On Shaheen Bagh Protests: They Should Rethink

Giants Tencent, Bytedance among companies reined in by China
2021-04-30