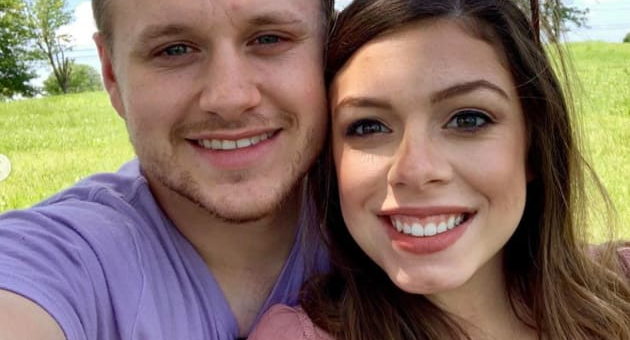 Earlier this week, we reported on the rumor that Josiah Duggar and Lauren Swanson are miserable in their marriage.


For reasons that aren’t entirely clear, fans have become convinced that Josiah was forced by his father to marry Lauren and has been miserable ever since.


The theory has its roots in Josiah’s unsuccessful courtship with Marjorie Jackson.


Some feel that Jim Bob forced Josiah to marry quickly so as to distract from the cause of that unprecedented situation.


(Breakups are not common occurrences in the Duggars’ world. In fact, Josiah is the only one of Jim Bob and Michelle’s kids whose first courtship did not result in marriage.)


Recent conjecture about Josiah’s split from Marjorie and his alleged unhappiness in his marriage to Lauren have led to a renewed interest in a rumor that the Duggars likely hoped they’d seen the last of.


Before we proceed, it’s important for us to clarify a few important points:


Speculating about someone’s sexualtity is never a good look.


And when said speculation is fueled by a desire to shame or forcibly out that person, it’s absolutely as deplorable as any other form of homophobia.


So our coverage of this story will be focused less on the baseless rumors that Josiah is gay or bisexual and more on Jim Bob’s bigotry, as well as his continued belief in the deeply damaging practice of conversion therapy.


For those who are unaware, the term conversion therapy refers to the practice of attempting to brainwash or intimidate members of the LGBTQ community into adopting a heteronormative lifestyle.


Fans point out that unlike most of his brothers, Josiah was sent to attend the International ALERT Academy as a young man.


The academy is a sort of Christian military school, whose stated goal is to “teach you to be ready to serve with a Christlike attitude, and train you with skills you can use wherever God’s calling takes you.”


Not surprisingly, ALERT is a highly secretive organization, and cadets are forbidden to speak of their experiences after they’re released.


Josiah’s brother Jeremiah also attended, and while he spoke highly of the academy, he offered no detals with regard to what sort of activities take place behind its walls.


But when it comes to the topic of ALERT, Jeremiah is still less reserved than Josiah, who has never spoken about his experiences at the academy.


Obviously, this does not necessarily mean that Josiah was sent to some sort of conversion therapy came against his will.


But his brief disappearance, his unwillingness to talk about the time he spent away, and the abnormalities (by Duggar standards) in Josiah’s love life have led to the persistent belief among fans that Josiah was forced to “pray the gay away” in his youth.


And sadly, due to to his father’s rampant homophbia, his explanation is not implausible.


In conclusion, we have no way of knowing if Josiah is in the closet, and by all outward appearances, he appears to be at least relatively happy in his marriage to Lauren.


But the fact remains that his father clings to some truly monstrous beliefs, which means that no form of abuse can be conclusively ruled out.