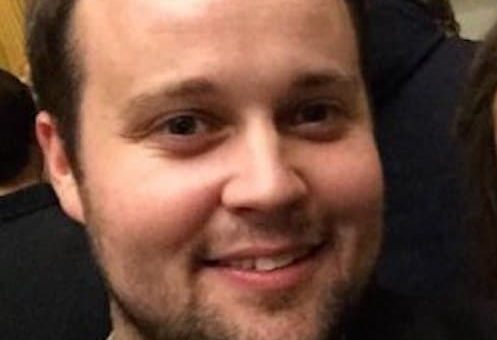 Josh Duggar has been synonymous with sex crimes and sexual predation that it’s sometimes easy to forget that he wasn’t always.


There was a time when Josh was considered an “upstanding” member of the Duggar family with a promising political future.


At the time, his political activism on social media was loud and outspoken.


Some of those same messages have not aged well at all. Some now look hypocritical. Was it all just a smokescreen?


Earlier this year, Josh Duggar was arrested and charged with receiving and possessing some truly heinous material.


He is accused of downloading photos and video of young girls being sexually abused.


Unfortunately, this is not the first time that Josh has been linked with sex crimes involving little children.


In 2015, it was revealed that Josh had molested five young girls, that we know of, when he was a teenager.


Four of the girls were his own sisters. One of the victims was as young as five.


Clearly, the Duggar family’s insistence that Josh was forgiven and hopes that his urges would magically go away did not work out for them.


This isn’t news to any of us who have been following the Duggar clan with increasing levels of horror and despair.


But it bears repeating, and it’s a good reminder when we contrast who we know Josh to be with how he portrayed himself before we knew.


Josh used to rub elbows with fellow slimeballs while oozing his way through political circles, and his social media at the time reflected that.


In May of 2015, Josh Duggar took to Twitter to endorse anti-abortion legislation.


He was referring to the “Pain-Capable Unborn Child Protection Act,” a Federal bill that would ban abortion 20 weeks after fertilization.


The bill, first introduced in 2013, has been pushed through the legislature a few times but never passed.


(Say what you will about the filibuster and its troubled history, but even the worst systems can sometimes be used for good)


Josh’s endorsement is not surprising. But human reproductive rights issues aside, his argument has aged like old milk.


The user who posted the tweet observed that is has “aged poorly on so many levels.”


After all, it seems abundantly clear that protecting tiny humans is not one of Josh’s priorities.


“Shows how easy it is to put on a fake persona. Disturbing,” one user commented.


It’s common knowledge that abortion bans are sometimes pushed by politicians who have themselves paid for (or even insisted upon) abortions, at times to hide affairs.


While that itself is not a counter-argument against bans (there are plenty of good counter-arguments, so why drag hypocrisy into the mix?), Josh’s two-faced tweet is on another level.


Little girls have names, feelings, favorite colors, hopes, fears, dreams — all things that a 20-week-old fetus does not.


Where is Josh’s alleged compassion and desire to protect these very real, living children?


Why, troubled social media commentators wonder, would be so protective over a fetus the size of a banana but gratify himself to video of girls’ lives being ruined?


It’s easy to claim that no one who opposes abortion rights actually cares, but that’s not true.


Misguided or not, there are plenty of true believers into the movement.


But … like so many others using the wedge issue to get votes and political capital, that doesn’t mean that Josh cares about real kids.


Meanwhile, Josh’s trial has been scheduled for November 30.


It is estimated that it could drag on until December 3 — longer than some trials, but much shorter than others.


Josh has had his legal team file a flurry of motions to hamper the prosecution and attempt to poke holes in their case.


One of Josh’s most recent requests was that the case be dismissed entirely.


The judge has denied the request. Josh will still go to trial as plannned.


Unfortunately, none of this seems to have had any effect upon how he is viewed by his wife.


Anna Duggar was seen smiling — or perhaps smirking — by his side recently.


All reports have been very consistent in establishing that she is firmly Team Josh.


Apparently, because lying would be considered sinful in their family’s beliefs, Anna believes that Josh is telling the truth.


It seems that she is convinced that this case is nothing — except, perhaps, for some sort of persecution or even a spiritual attack.


The world wonders how she will react if Josh is convicted and sentenced and Anna has to face that she is effectively a single mother of seven.


That is … a grim thing to consider.

IPL 2021: “Important Not To Make Excuses,” Says MS Dhoni As He Talks About CSK’s Revival

Those who banned PIA are now seeking its help for Afghanistan evacuations: Fawad
2021-08-28