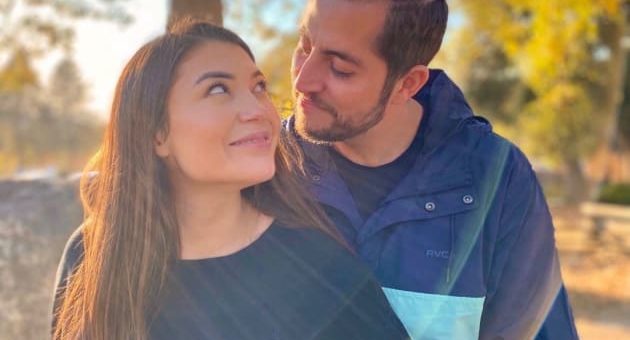 In April of this year, 90 Day Fiance alum Jorge Nava welcomed his first child with his girlfriend, Rhoda.


This was celebrated by fans, who were happy to see him find his happiness.


“Never did I imagine my dreams becoming a reality so fast,” he wrote.


“Rhoda, you and Zara are my world,” Jorge gushed about his girlfriend and child.


“I Love you more than you’ll ever imagine,” Jorge concluded.


He shared a photo in which he and Rhoda were embracing, with Jorge’s hand placed over her abdomen.


That is the kind of photo that you share only, only when you are expecting a baby … unless it’s a throwback.


For the record, Jorge didn’t use the word “pregnant” or “expecting” or anything of the sort.


Perhaps he was playing coy — he is infrequent at best when it comes to Instagram.


It might not have occurred to him to spell it out. But he also didn’t need to.


Sometimes, a picture says it all, as it does in this case.


Fans immediately flocked to the comments to offer their sincere congratulations.


While some were hesitant to get too specific in case they had misread. Others were not.


“Another baby! Good for you guys you must be happy in love,” celebrated one follower.


“You deserve all the love!” another wrote happily.


“Awww! So sweet! So happy for you! She is beautiful!” gushed another fan.


Some took the opportunity to take shots at his ex, Anfisa Arkhipchenko Nava.


Others were just happy for him and for Rhoda.


Jorge does not appear to have shot down or corrected any of the congratulations headed their way.


So perhaps the fans who were cautious and didn’t want to jump the gun didn’t have to be so reserved.


Either the universal assumption that Jorge is announcing a pregnancy was right, or he’s just not reading the comments.


Jorge has made tremendous strides in his life.


His marriage to Anfisa … did not end well.


We don’t just mean that they were bitter and had things to say about each other, though that was true.


We mean that the marriage ended while Jorge was behind bars.


He had to serve two years in prison in Arizona for possessing marijuana. It was unjust.


It is heartbreaking that he had his freedoms stripped away because he had some forbidden leaves in his car.


However, Jorge made the best of a bad situation.


Part of that meant that he chose to undergo a body transformation, losing a staggering amount of weight.


Everyone deserves to have a body more to their liking, no matter what form that may take for them.


Jorge was celebrated when he left prison in May of 2020.


Fans were happy to see his fresh start, and thrilled when he began dating again.


Our heartfelt congratulations go to Jorge and Rhoda. Unless we have all catastrophically misread Jorge’s post.

Kartik Aaryan, Mrunal Thakur and Amruta Subhash at the trailer launch of Dhamaka