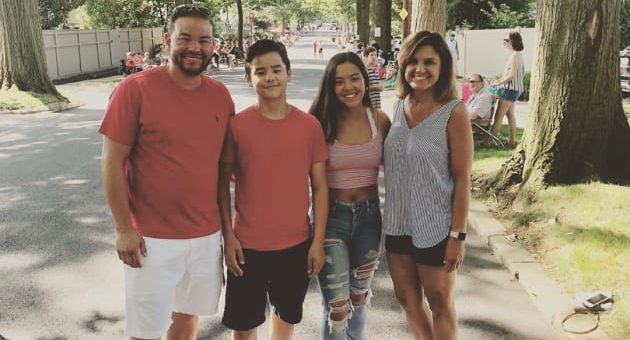 Recently, Jon Gosselin admitted that he and Kate will never be able to co-parent. They’re just not compatible.


But Hannah and Collin live with him, and his other kids are welcome to visit.


In fact, he says that custody is basically up to the teens. But how often does he get to see his other children?


Jon Gosselin recently opened up to In Touch Weekly about where his eight children spend their time and how those decisions are made.


It turns out that the power is, allegedly, in their hands.


“Custody’s really up to the kids,” Jon explains. That was not always the case, but is now since all eight children are in their teens.


Collin and Hannah are by no means prisoners at his house, and can visit their other siblings or their Mother Dearest whenever they like.


“So if Hannah wants to go, she goes,” Jon expresses.


“If Leah, is on Kate’s side,” he continues. “Supposedly, if she wants to come, she comes.”


Note that word: supposedly. Sometimes, freedom in theory does not equate to freedom in fact.


Joel, Alexis, Aaden, and Leah are still living with Kate.


Jon was asked if he’s had much visitation with those four lately.


He explains: “It’s supposed to be up to them.”


So how does all of that work?


“If Hannah really wants to go,” Jon details. “I just drop her off or Kate comes to pick her up or whatever.”


That is such a good way of looking at this very complicated situation. It’s supposed to be about the kids, and that’s how Jon sees it.


Jon says that perhaps things will get less awkward in a year or so.


Jon says that he fully expects to tell them: “‘Here’s your car, do whatever you want.'”


We somehow can’t imagine Kate saying anything of the sort, unless it were sarcastic.


So, if the teens get to decide, does this just mean that Jon sucks and two-thirds of the sextuplets want to avoid him?


Jon certainly made some mistakes years ago, and we don’t just mean marrying Kate.


It would not be unreasonable for his kids to harbor resentments towards their dad, obviously.


But we have to consider two elements of the atmosphere in which the kids have lived for most of their lives.


If one of the kids wants to spend a weekend with Jon, Kate might oblige, but that’s not the same thing as giving the kid her blessing.


Would that teen then return to be greeted warmly, or to an emotionally toxic atmosphere where nonverbal signals label them as a traitor.


That is certainly something to consider. We really hope that the Gosselin kids grow up to write tell-all books about life with Kate.


It’s also notably that Kate is, well, awful. The way that she behaves, it’s easy for viewers to picture her constnatly badmouthing Jon off camera.


When an abusive parent badmouths the other, some children will naturally internalize and even parrot what they’re saying.


It’s not the child’s fault — it’s a survival mechanism that has helped children survive to adulthood for thousands of years.


It may take years of therapy before some of the Gosselin kids are ready to see their mother for what she really is.

Huma Qureshi to tie the knot with filmmaker Mudassar Aziz?

Beware! These habits can ruin even the happiest marriage
2019-11-12