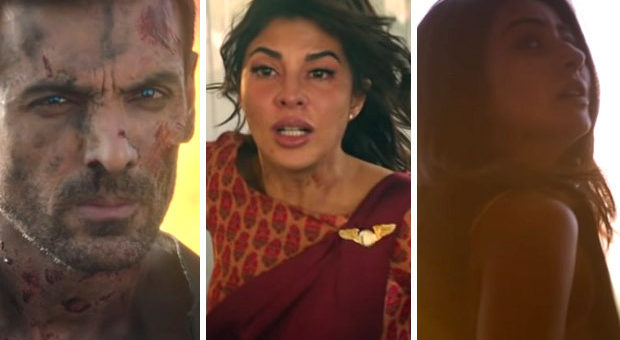 After much anticipation, here’s presenting a glimpse into the world of the super-soldier! Attack starring John Abraham, Jacqueline Fernandez, and Rakul Preet Singh in lead roles is based on a daring rescue mission led by a lone ranger Officer played by Abraham.

In the teaser, the rise of a nation as future wars will be fought on the basis of technology and India builds its own artificial intelligent super soldier in order to combat the rampant terror Attacks plaguing it from within. They narrow down on one soldier who has lost everything he holds dear to him as he puts his life on the line for the greater good and to serve his nation.

Bollywood Hungama earlier reported that Attack revolves around a fictional attack in the Parliament where many people are held hostage. John Abraham who leads an “Attack team” is deployed for the rescue mission, and the rest of the film is the story of a race against time.

ALSO READ: John Abraham to play a soldier with superhuman ability character in Attack; character on the lines of Hollywood’s Deadpool and G.I. Joe

Priyanka Chopra reveals Nick Jonas’ reaction to The Matrix Resurrections, her performance: ‘He’s my husband so…’