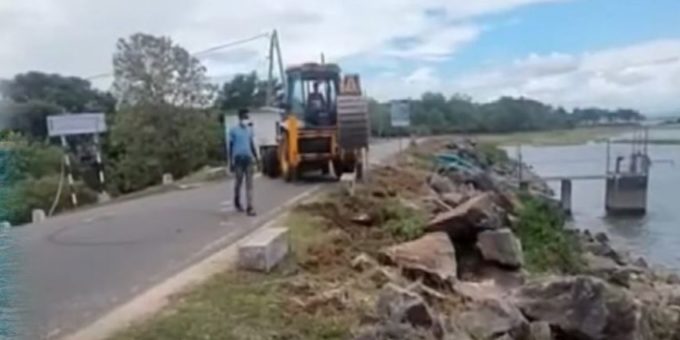 COLOMBO (News 1st); Local authorities on Friday (27) temporarily suspended the project to construct a jogging track on the breakwater of the ancient Parakrama Samudra following strong opposition from the Maha Sangha.

The Maha Sangha from multiple temples across the Polonnaruwa District made their way to the construction site on Friday (27) morning to witness for themselves the destruction caused to an ancient water conservation system.

On Thursday (26) News 1st for the very first time exposed how the breakwater of the ancient Parakrama Samudraya is being bulldozed for the construction of a walking path. 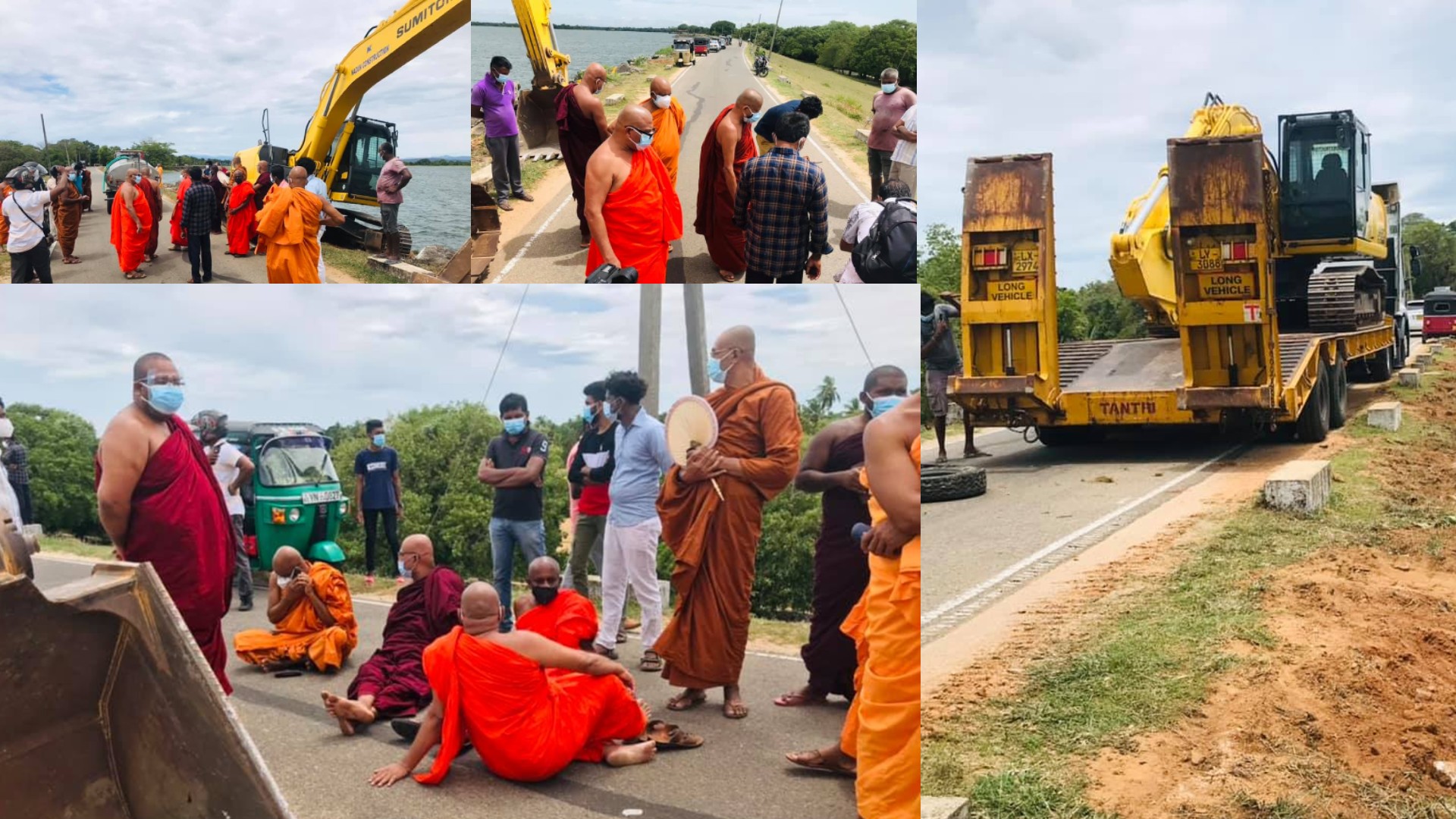 Video obtained by News 1st showed that bulldozers were being used to shove the rocks of the breakwater into the Parakrama Samudraya to construct a new walking path around the ancient water system.

This 08 feet wide walking path will cover a 1.7 km stretch from the Divisional Secretary Official Residence to the D. S. Senanayake memorial at the Number 01 Sluice Gate of the Parakrama Samudraya.

The proposal for this walking path was moved by the Urban Development Authority and construction will cost a whopping Rs. 34 million.

The Irrigation Engineer in charge of the Parakrama Samudraya has said no harm will come to the ancient water conservation system, simply because boulders are shoved into the water.

“We have been trapped inside the traditional frame work and we need to progress with the world. This jogging track is not only for exercises but is a need in the area for a prolonged period,” he told News 1st.

However, it must be noted that two jogging tracks already exist around the ancient Parakarama Samudraya, and both are in good condition.

‘What is happening is that the areas is being cleared for this project,’ she said.

The great King Parakramabahu who ruled the country for 33 years from 1153 AD- 1186 AD asked his countrymen to use water sparingly.

History reveals that King Parakramabahu had made an immense contribution towards the agricultural industry in the country and the Parakrama Samudra was his greatest ever contribution to the people of Sri Lanka.

King Parakramabahu’s famous quote on water conservation and utilization “Do not release even a drop of rainwater to the sea without using it ” is still living in the hearts of the people.

This is sound advice to many present-day people who do not know the value of this nature’s gift.

This water system is so large it was called samudhraya or ocean.

In addition to that, strong winds cause swells in the Parakrama Samudraya, so large to the size of ocean waves.

It is this breakwater that has protected the water in the Parakrama Samudraya for centuries, without letting a drop of water go to waste.

The construction of a walking path clearly slaps an insult to the great knowledge that our ancestors possessed in creating such marvels that even stun today’s engineering giants.

Questions have been raised to who authorized such construction with a lack of understanding on the importance of the Parakrama Samudraya.

Watch the exclusive News 1st report below for more :