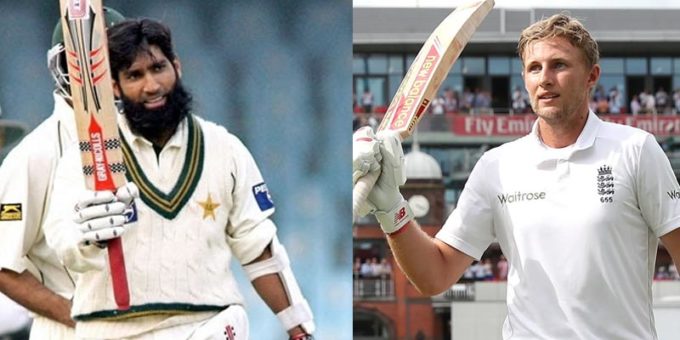 England captain has scored over 1600 runs this year

England Captain Joe
Root is having a dream run with the bat in Test cricket as he has scored over
1600 runs in the longest format this year.

Playing only his 14th Test match this year, the England
captain has already surpassed legendary Sachin Tendulkar (1562) and Michael
Clarke (1595) to claim the fourth spot in the all-time list.

He is just over 150 runs away from breaking the record held
by legendary Pakistan batsman Mohammad Yousuf.

Former Pakistan captain, Yousuf, made the record in 2006,
when he scored 1,788 runs to dethrone batting great Sir Vivian Richards from
the unique feat. Interestingly, both of them played 11 Test matches and 19
innings to score 1788, and 1710 runs at an outstanding average of 99.33 and
90.00 respectively.

Root still has an innings and a match to play this year and
he has every possible chance of breaking this record.

So far, the world’s number one Test batsman has played 14
matches this year and batted in 26 innings. His highest score was 228 against
Sri Lanka.

Moreover, Root has scored six tons this year, while Mohammad
Yousuf had scored nine in 2006. Yousuf also had five 150 plus scores in his
record-breaking year, while Root has four so far.

It will be a matter of days before we find out if Root can
break the record with his career-best form or will legendary Mohammad Yousuf remain
at the helm.