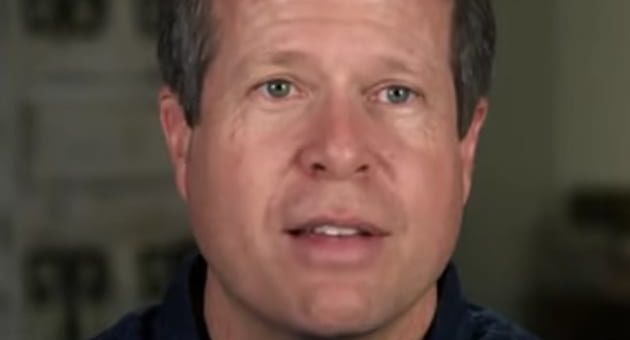 Given how many baffling and appalling stories have emerged from the Duggar clan in recent months, it’s easy to lose track of some of the lesser insanity this family has been generating lately.


Obviously, Josh’s conviction on child pornography charges is the most shocking Duggar development of the past month, but it’s certainly not the only one.


In face, just this week, we learned that Jana Duggar has been indicted on child endangerment charges.


And all of this is taking place against the backdrop of Jim Bob’s campaign for a seat in the Arkansas State Senate.


Yes, most patriarchs whose families were embroiled in multiple public scandals might prefer to hold off on re-entering the political arena.


But not Jim Bob.


No, he decided that he wants the power that comes from holding an elected office, and he’s not gonna let a little thing like his son being imprisoned for 20 years stand in the way of his dreams.


(To be fair, Josh is still awaiting sentencing, but he could wind up serving two decades behind bars and paying $250,000 in fines.)


For obvious reasons, TLC canceled the Duggars’ reality show, Counting On, back in June, which means the Duggars lost their primary source of income.


Jim Bob still has a few other revenue streams available, such as his house-flipping business, but the events of this year are sure to have quite an effect on his reputation, and that, in turn, is likely to damage his bottom line.


In other words, it seems like a good time for old JB to just hunker down and focus on providing for his many children and many, many grandchildren.


Instead, he’s throwing huge amounts of money at his long-shot campaign, because Jim Bob’s ego is always his top priority.


According to a new report from the Arkansas Democrat & Gazette, Jim Bob spent $37,631 on his campaign between October 1 and December 6.


The newspaper claims that spent $28,835 on advertising with the rest of the money going to the required filing fee for the Republican Party.


And not surprisingly, the money did not come from campaign donations.


Now, there might have been a time when that was a relatively small sum of money to JB.


But his days as a reality star are at an end, and insiders say it was Jim Bob who shelled out for Josh’s legal defense.


This situation bolsters rumors that Jim Bob is not planning to support Anna Duggar and her seven children now that Josh is imprisoned.


Bear in mind that Duggar women are forbidden to work outside of the home, meaning that Anna is now tasked with feeding seven mouths with no job experience of any kind.


Jim Bob did recently purchase a small plot of land through the LLC that he and Anna started in Josh’s name.


It is believed that the patriarch plans to develop the land and split the proceeds with Anna, but it might be years before that project generates any sort of profit.


Making this story even more ridiculous is the fact that those who have been watching the race closely say that Jim Bob doesn’t have a shot in hell at winning.


He’s currently up against three other candidates — Colby Fulfer, Robert “Edge” Nowlin, and Steve Unger — and local conservatives are reportedly furious with Jim Bob for siphoning votes away from the two most right-leaning of the bunch.

Coronavirus: Beware of this Omicron symptom reported in kids under 5
2022-01-14