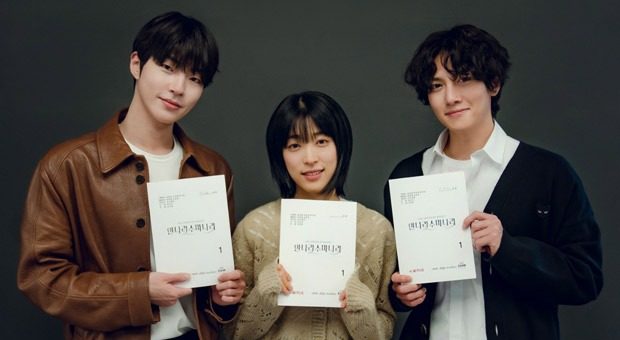 Netflix has confirmed the production of the Original Series The Sound of Magic, based on the popular webtoon Annarasumanara. With Kim Sung-youn directing, The Sound of Magic is a touching drama about Yoon Ah-yi, a girl who had to grow up too fast, and Rieul, a mysterious magician who — although grown-up — wants to remain as a kid.

The Sound of Magic will be directed by Kim Sung-youn, whose impeccable storytelling skills were shown in the hit series, Itaewon Class. He will be teaming up again with writer Kim Min Jeong, who worked with him on Love in the Moonlight.

The lead cast for the series has been confirmed with a star-studded lineup headed by Ji Chang-wook, Choi Sung-eun and Hwang In-youp. Ji Chang-wook plays Rieul, a mysterious magician who lives in an abandoned amusement park. Ji recently starred in Lovestruck in the City, which Netflix distributed to audiences globally. His performances across a range of genres (Backstreet Rookie, Healer) have mesmerized audiences of Korean Content fandom, certifying him as a Hallyu star. Ji artfully balances the childlike innocence and aloof charisma that defines his character Rieul.

Currently demonstrating her diligent acting skills in the drama Beyond Evil, Choi Sung-eun is set to play the role of Yoon Ah-yi, working closely with Ji Chang-wook. Previously, her performances in drama SF8: Joan’s Galaxy and the 2019 film Start-Up marked her as a notable newcomer. Viewers remain curious to see how she will portray Yoon Ah-yi, a girl struggling with the harsh realities of life who meets the enigmatic Rieul and experiences a world beyond her imagination.

Hwang In-youp, a powerful rising star, will play Yoon Ah-yi’s classmate Na Il-deung. Hwang has portrayed charming and handsome, but coldly distant characters, in True Beauty, 18 Again, and The Tale of Nokdu. His character, Na Il-deung, is a brilliant student but lacks the ability to interact well with others. Na Il-deung’s life slowly transforms as Yoon Ah-yi and Rieul introduce him to the enchanting world of magic.

The Sound of Magic will invite viewers from around the globe to a new vividly magical world.

Akshay Kumar’s Hera Pheri co-star Ann Alexia Anra is all grown up, calls herself an ex-actor now. See her photos