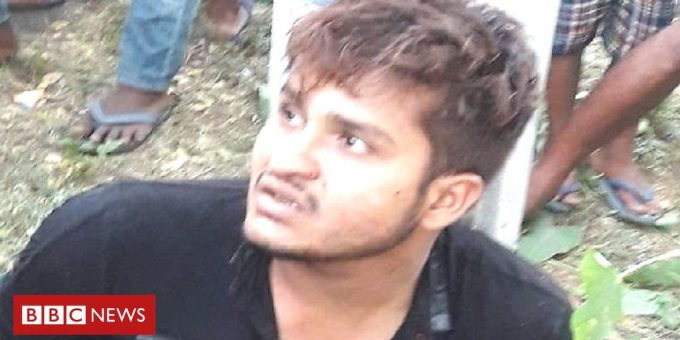 Indian police have arrested five people after a Muslim man was beaten to death by a mob.

Tabrez Ansari, 24, died days after being attacked by people who accused him of stealing a motorcycle in the eastern state of Jharkhand.

A video showing Ansari pleading for his life, and being forced to say chants praising Hindu gods has been widely circulated on social media.

His family alleges that police denied him treatment despite his injuries.

His wife Shahista Parveen told the BBC that Ansari had been tied to an electricity pole overnight and only handed to police the next day who then arrested him for theft.

He was transferred to a hospital four days later. She says he was beaten only after refusing to repeat the chants praising the Hindu gods.

There have been several incidents of lynching reported in the state in recent years.

Opinion | Susan Rice: How Did We Get 10 Minutes From War With Iran?