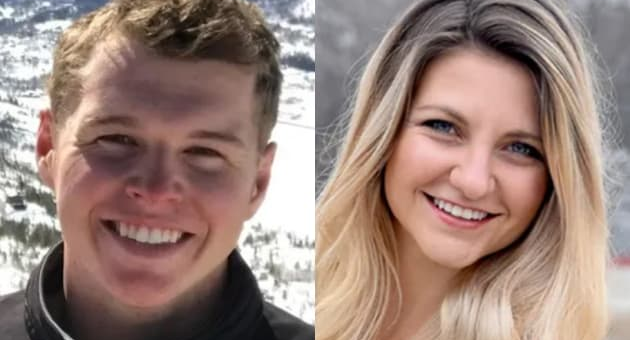 For several months now, we’ve been hearing rumors that Jana Duggar is engaged to Stephen Wissmann, a Nebraska-based businessman and pilot who shares her extremely orthodox religious views.


Fans are thrilled for Jana, of course, as speculation about her love life and her prospects for marriage have been a constant part of her adult life.


And many are surprised, as well, since the engagement comes amid the growing scandal surrounding Josh Duggar’s arrest on child pornography charges.


So perhaps it makes perfect sense that there might be yet another Duggar-Wissmann wedding in the offing.


After all, what other family would want to get involved with the Duggars at this point?!


As you may have heard, there have been rumors of a relationship between Jeremiah Duggar and Hannah Wissmann, Stephen’s younger sister.


The reports remain unconfirmed, but there’s considerable reason to believe that these two are involved in a classic Duggar courtship.


These days, the Duggars keep all of their relationship news under wraps, so it can be a little difficult to discern what exactly is going on between Hannah and Jeremiah.


But if a recent post on Hannah’s Instagram page is any indication, then it looks as though these two might have just taken a major leap together.


Hannah posted the photo above, which shows her hanging out at the headwaters of the Mississippi.


She captioned the pic with some inspirational words about the importance of enjoying nature.


“A content life is not defined by obtaining everything you want, but by noticing and appreciating everything that God has given you today,” Hannah wrote.


“Which is far more wonderful than we could ever deserve!”


Again, not all that noteworthy on its own.


But a comment from an apparent friend of Hannah’s has led to some interesting rumors:


“Can’t believe this is where he proposed!!” this person wrote, and — yeah, you can see why many of her followers have taken that as a big sign that another Duggar wedding is on the way.


Jeremiah hasn’t gotten as much screen time as some of his siblings over the years, and these days, Counting On has been canceled by TLC, so he’ll probably never get his chance to shine.


Fortunately, unlike so many of his brothers and sisters, Jeremiah actually has a real job.


Having obtained his realtor’s license in June, Jeremiah now works for Good Neighbor Realty along with his twin brother Jedidiah, and siblings James and Joseph.


He’s also licensed to work as a flying instructor, and he launched a company called Learn to Fly Here earlier this year.


Jeremiah’s career ambitions might be another indication that he and Hannah are planning to exchange vows in the very near future.


Generally, Duggar men have to show that they’re capable of supporting themselves, a partner, and many, many children before they’re permitted to propose.


So Jeremiah’s sudden interest in becoming an Arkansas mogul on the level of his father might be a sign that he’s been planning to propose for months.


Whatever the case, the Duggars and Wissmanns will almost certainly be united by at least one wedding before the year is out.


Hey, we might even be on the verge of the very first Duggar double-wedding!

In pictures: Parineeti Chopra makes a stylish appearance at the airport