Breaking News
2021-09-16 UNHRC not empowered to impose external mechanism, says Foreign Sec. 2021-09-16 US Theatre Chain AMC To Accept Other Cryptocurrencies Along With Bitcoin 2021-09-16 Realme Narzo 50 Series Tipped to Launch in India Next Week, Realme Band 2 May Also Debut 2021-09-16 KBC 13: Amitabh Bachchan scores a goal as he plays with P Sreejesh, gets Haryanvi tutorial from Neeraj Chopra 2021-09-16 France Is Outraged by U.S. Nuclear Submarine Deal With Australia 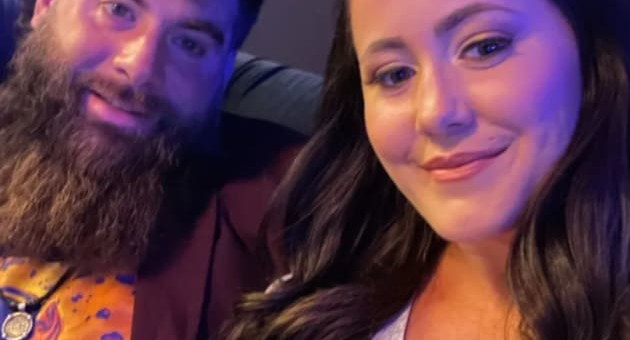 Jenelle Evans and David Eason have no business owning animals of any kind.


Jenelle’s proven that she’s a terrible dog owner for years, even before David came into the picture — remember that horrible scene from Teen Mom 2 when she was pregnant with Kaiser, the one where she shoved those two big dogs in one small crate?


Later, she got frustrated enough with one of them that she opened the door to the garage where the dogs were staying and forced him outside where he could have easily been hit by a car.


It was so weird and upsetting that MTV posted a warning about animal abuse in that same episode.


Longtime Teen Mom viewers may also recall that incident where Jenelle tried to get her dog to play fetch with a lit firework, which also happened before she met David.


We point out that timeline with David because everyone knows how horrible he is with animals, thanks to the infamous Nugget incident.


(We know you don’t need a reminder, but just for the sake of painting a full picture here, Nugget was Jenelle’s puppy that David killed with a shotgun after it nipped Ensley.)


But they’re both terrible in their own right, and that feels important to mention …


… Because one of their dogs is pregnant right now, and with Jenelle and David as pet parents, those poor puppies are doubly screwed.


The pregnant dog is Rosey, the goldendoodle that Jenelle got for the kids when she left David and moved to Nashville.


You know, the dog that didn’t show up on any of her social media accounts for a bit and then when she started showing up again, she suspiciously looked like an entirely different dog.


The father-to-be is Junior, the Anatolian Shepherd that David got when Jenelle left him — he actually got two dogs, but one of them mysteriously ran away, never to be seen again.


It just gets worse and worse, doesn’t it?


“Rosey’s pregnant!” she repeated. “Oh, how did that happen? I have no idea!”


She explained that they were Junior’s babies, and said “So how are they gonna turn out? I don’t know. Have no idea.”


“Y’all, listen,” she began after reading some comments, “I didn’t mean for Rosey to get pregnant, OK? We separated them, Junior was outside and Rosey was inside.”


“So we’ll be having little goldendoodles,” she concluded.


It’s so frustrating to hear Jenelle act like this was a totally unavoidable accident, and it’s even worse when you remember what David’s done to animals in that house.


They’ve both made it clear that they don’t think what happened with Nugget was a huge deal, and David said just this week that he’d do it again to anything or anyone that messed with his children.


Thankfully the dogs they have now haven’t nipped at any of the kids like Nugget did, but with a pile of new puppies, it’s hard to say what will happen.


Good luck out there on the swamp, future doggies. You’re going to need it.

KBC 13: Amitabh Bachchan scores a goal as he plays with P Sreejesh, gets Haryanvi tutorial from Neeraj Chopra
2021-09-16

France Is Outraged by U.S. Nuclear Submarine Deal With Australia
2021-09-16