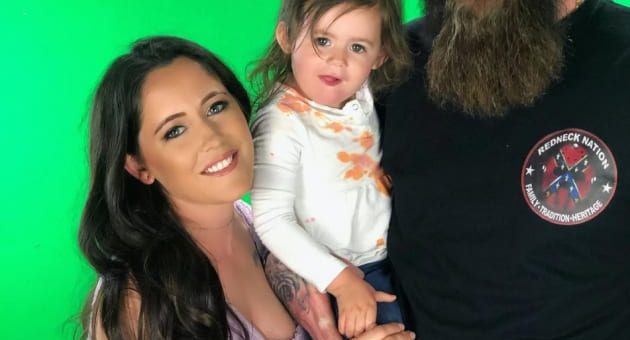 We know this has been a frustrating year.


We know you’ve been forced to fret about loved ones and put dreams on hold, and another round of lockdowns might cause you to lose even more.


The last thing we want to do is give you one more reason to shake your fist in rage at the unfairness and hypocrisy of it all — but the latest Jenelle Evans insanity is too ridiculous for us not to share with you.


Jenelle loves TikTok these days, because she says it’s the one place where the commenters don’t give her a hard time about what an awful person she is.


(Our theory is that TikTok users are so young that they don’t really know who Jenelle is, but that’s a conversation for another time.)


But the chronically unemployed Evans is so bored and attention-starved that she could never be satisfied by a single social media platform.


“If anyone is thinking of having a baby with a boyfriend, don’t,” the post reads.


“Husbands deserve babies. You deserve to be wife before mother.”


“Yassssssssssss!” Evans added as a caption.


But she’s only been married to one of her baby daddies.


Because that absurd meme makes us wonder if even Jenelle has any recollection or understanding of her own situation.


Jenelle might be married these days, but that’s hardly any reason for her to get on her high horse about having children out of wedlock.


Evans and David Eason welcomed their daughter about nine months before they got married, and she got her tubes tied soon after.


That means she’s never had and will never have the experience of welcoming a child with a husband.


That’s obviously fine — but she should probably stop talking about it in such sanctimonious terms.


Thankfully, Jenelle’s critics were quick to point out the foolishness of her remarks.


“All of Jenelle’s babies have been with boyfriends. She is the least self aware person on the planet,” one person commented.


“Such a hypocrite,” a second wrote.


“I don’t believe she is this short sighted? How does she forget her past?”‘ a third chimed in.


We had very little respect for Jenelle’s intelligence to begin with, which is why it’s incredible that over the past two weeks she’s been able to shock us by revealing that she’s even more empty-skulled than we thought.


First, she mocked Hunter Biden as a crackhead despite having experienced a long (and possibly ongoing) history of substance abuse herself — and now this.


It’s enough to make us wonder if Jenelle really has no memory of her own past.


If that’s the case then we feel sort of bad about mocking her — but then again, someone’s gotta do it!

Anil Kapoor, Neetu Kapoor, Varun Dhawan and Kiara Advani take off for their next project