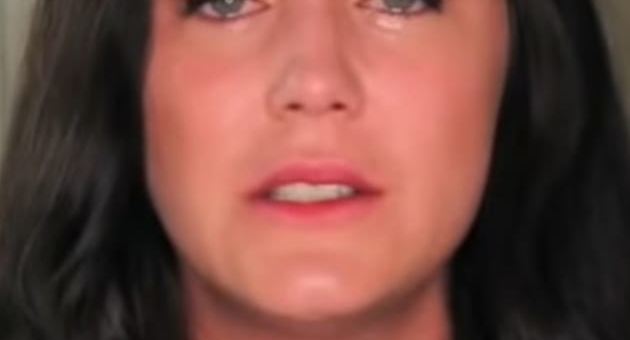 We don’t really know all the ins and outs of Jenelle Evans’ financial situation.


It’s been almost two years now since the Teen Mom money stopped coming in — she was fired after her husband, David Eason, brutally killed her dog.


Since then, she’s been trying to become an influencer, but it hasn’t worked too well for her.


Whenever she does manage to get a company to work with her, they quickly pull out of the deal with her when Teen Mom fans inform them of how terrible she is.


She’s also tried to start a career as a YouTuber, but she hasn’t been too successful with that, either.


It’s partly because she doesn’t upload nearly enough — her biggest endeavor so far was her six-part series about that time she temporarily lost custody of her kids after David killed her dog — and partly because a lot of the people who even know who she is don’t want to give her the views.


She keeps hinting at a return to TV, saying that the only thing stopping her from taking one of the many offers that have come her way is because of her contract with MTV.


But she keeps lying about when the contract is up, too, so we’d say there’s a good chance those offers are a lie, too.


On top of all of that, David refuses to work.


He had that business cleaning boats, but we haven’t heard anything about it for a while, though it does look like he still tries to sell homemade knives every now and then.


So how are they affording their bills, their house payment, child support, and the cost of raising three kids full-time?


We really have no idea.


But we do know that Jenelle may have come up with a scheme to get a whole bunch of money real quick.


OK, so if you’re big into Teen Mom gossip, then you know that many fans believe that MTV has set up trust funds for all of the kids on the show — this hasn’t been spelled out by MTV or anything, but that’s what most people assume.


It’s not like a baby is going to spend a paycheck, you know?


Trust funds make sense, and various cast members have hinted at it from time to time.


Keep all that in mind as we go over one of Jenelle’s recent TikTok videos, all right?


Earlier this week, she posted a video she’d made back in high school — the whole thing is just her lip syncing “Tik Tok” by her idol, Kesha.


But she didn’t share the actual video, she played the video on YouTube on her computer and filmed that.


Observant fans noticed that YouTube wasn’t the only tab she had open in her browser — she also had Google open because she was searching for something.


What was she looking up?


You can’t see the whole phrase she was searching, but you can see the last part — “apply trust funds.”


It’s hard to imagine she was looking up information about trust funds for any good reason, so when fans were discussing this on Reddit, they obviously assumed the worst.


“Zero percent surprised,” one person wrote. “Whatever is going on financially with them is going to be bad.”


“Hopefully she doesn’t put her kids in debt or take their money,” another user said.


One person suggested that “Someone better cc this to MTV bc I’m sure there’s some fraud coming through.”


Like we said, we don’t even know for sure that the kids have trust funds, so we can’t say with any kind of certainty that Jenelle is trying to access them.


But would you honestly be surprised if this was true?

Popular Pakistani Celebrities With Their Mothers
2021-10-29