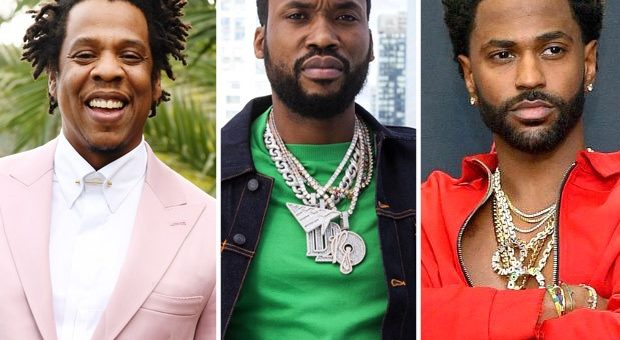 American rappers Jay-Z, Meek Mill, Big Sean and more are trying to push for a law that would stop the use of rap lyrics in attempts to prove rappers guilty during criminal trials.

As per a report by Rolling Stone, the rap giants have added their names to a letter calling on lawmakers to pass Senate Bill S7527, which was first revealed in November and which passed through the Senate Codes committee earlier this week, into state law. Others who have signed on to the letter include Fat Joe, Kelly Rowland and Killer Mike.

“This is an issue that’s important to (Jay-Z) and all the other artists that have come together to try to bring about this change,” Jay-Z’s lawyer Alex Spiro shared. “This is a long time coming. Mr. Carter is from New York, and if he can lend his name and his weight, that’s what he wants to do.”

A letter obtained by People publication from Alex Spiro and University of Richmond Professor Erik Nielson and signed by the musicians explains that “reform is urgently needed.” The letter reads, “Rather than acknowledge rap music as a form of artistic expression, police and prosecutors argue that the lyrics should be interpreted literally — in the words of one prosecutor, as ‘autobiographical journals’ — even though the genre is rooted in a long tradition of storytelling that privileges figurative language, is steeped in hyperbole, and employs all of the same poetic devices we find in more traditional works of poetry.”

“This tactic effectively denies rap music the status of art and, in the process, gives prosecutors a dangerous advantage in the courtroom,” the letter continues. “By presenting rap lyrics as rhymed confessions of illegal behavior, they are often able to obtain convictions even when other evidence is lacking.”

On Tuesday in a statement with Rolling Stone, rapper Fat Joe shared, “Our lyrics are a creative form of self-expression and entertainment — just like any other genre. We want our words to be recognized as art rather than being weaponized to get convictions in court.”

He added, “I hope the governor and all the lawmakers in New York take our letter into consideration, protect our artistic rights and make the right decision to pass this bill,”.

The bill aims to limit the admissibility of a defendant’s music as evidence shown during a criminal trial. According to the draft legislation, the bill would require prosecutors to provide “clear and convincing” evidence that a defendant’s creative work is “literal, rather than figurative or fictional.”

As Rolling Stone points out, the late Drakeo the Ruler is one rapper who was incarcerated after prosecutors used lyrics in his 2016 song ‘Flex Freestyle’ to convict him. Drakeo (real name Darrell Caldwell) spent three years in prison after being charged with the 2016 murder of a man outside a party in Carson, California.

During his trial, prosecutors referenced lyrics on ‘Flex Freestyle’ and argued that he and armed associates attended the party to specifically target RJ (name used in the song). After investigation, it turned out that RJ wasn’t even at the party. After three years in jail, Caldwell was acquitted of murder after accepting a plea deal for a lesser sentence.

“Presuming a defendant’s guilt based solely on musical genre or creative expression is antithetical to our foundational rights and perpetuates the systemic racism that is embedded into the criminal justice system through discriminatory conflations of hip-hop and rap with criminality,” Senator Bailey said in a statement.