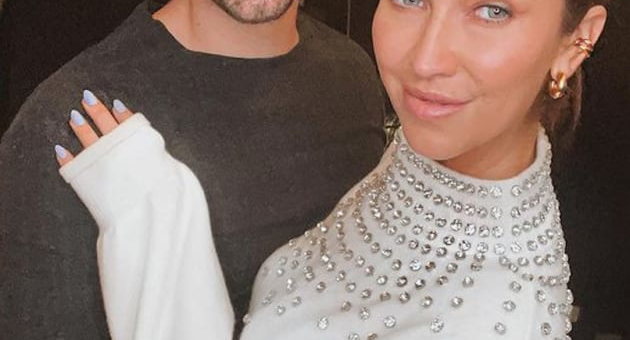 Famously, Kaitlyn Bristowe has been co-hosting The Bachelorette this season.


Unfortunately, one of the results of this has been cruel comments as viewers scrutinize her appearance.


These are not “thought crimes,” but actual statements posted very publicly and viciously on social media.


Kaitlyn’s fiance, Jason Tartick, has something to say about it — and he isn’t mincing words.


On Thursday, July 15, Jason made an appearance on the Click Bait With Bachelor Nation podcast.


“I don’t know why people think it’s OK to say the s–t they do on Twitter,” he expressed.


In this moment, Jason speaks for all of us.


“And obviously, specifically, I’m referring to Kaitlyn,” he emphasized.


“I don’t see why people have to do that,” Jason admitted.


“And the other thing is, the fact that it’s usually women putting other women down is just insane,” he observed.


Internalized misogyny is sadly all but inevitable in a culture polluted with patriarchal values.


While a man would likely receive less hate — or, if he were a man of color or LGBTQ+, a different kind of hate.


But the Chris Harrison example brings up an interesting point.


It may be that at least some of the hate directed at Kaitlyn (and Tayshia) is vented frustrations from Chris’ bitter stans.


“There [are] so many things in this world we can control,” Jason acknowledged.


“Our looks and things like that are most of the things we can’t control,” Jason pointed out.


Not mincing words, Jason stated the obvious: “Well, yeah, we all f–king age.”


He continued: “people hear it and they feel it.”


“And whether they show it or not,” Jason declared, “it’s gotta end.”


Jason even acknowledged that the cruel comments have had an impact upon his fiancee.


Kaitlyn of course cannot help to see at least some of it.


It’s hard to see vicious hate and critiques of your actual human face without some of it sinking in.


As we noted, and as Jason hinted, at least some of the hated directed at Kaitlyn and Tayshia has nothing to do with them.


There is a vocal minority of the fandom that is fuming and raging over Chris Harrison’s departure from the series.


When your reality series caters to white supremacists for dozens of seasons, some of the fans won’t be shy about their views.


Chris wasn’t just dismissive of Rachel Lindsay or of Rachael Kirkconnell’s scandal — he said things in that discussion that no decent person would.


His departure isn’t just the departure of a host; it’s a symbol of actual accountability and change.


Those who find white supremacy to be comfortable will resent any change, symbolic or actual. That includes Kaitlyn and Tayshia.

Watch: Eat The Crispiest Chicken Ever with This Fried Chicken Steak Recipe
2021-07-29
Signs you have healthy emotional boundaries
2021-07-29

Pompeo Dismisses North Korea’s Rejection of Him as U.S. Negotiator
2019-04-19