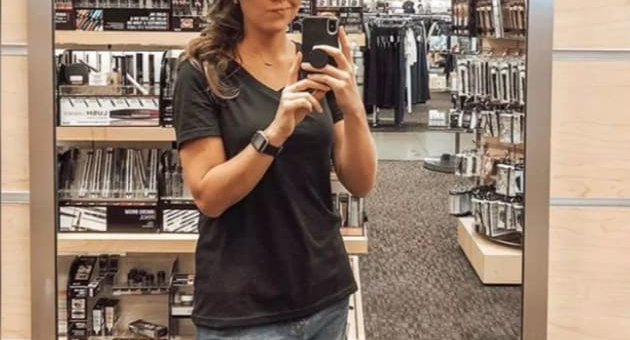 
That means that unless she’s got a secret boyfriend or is about to embark on the world’s shortest courtship, she’s about to become the first single thirtysomething Duggar woman the world has seen in a very long time.


Accounts differ wildly as to why that might be.


Some say it’s a matter of choice, others claim it’s poor luck, while a third group insists that Jana is a lesbian who lives in fear of coming out, lest she be disowned by her arch-conservative parents.


We may never know for sure.


Whatever the case, however, it seems the eldest Duggar daughter’s decision to remain unattached is starting to grate on her parents’ nerves.


It might seem strange in the context of the 21st century, but the Duggars want Jana to find the right man the way the parents of a chronically unemployed adult might want their kid to find a job.


Duggar women are raised to believe they were put on this planet for two reasons — to praise Jesus, and to raise a whole mess of youngins so that they can also praise Jesus.


So in the eyes of Jim Bob and Michelle, Jana’s stubborn singleness is more than just an inconvenience — it’s a blatant rejection of their worldview.


“Meet a nice boy, date, get engaged, marry and start a family right away — that’s just how the Duggars do things,” an insider recently said to In Touch.


“But Jana isn’t going to marry someone just to follow the family norm and that’s refreshing.”


Refreshing to us, sure — but not to her parents.


While Jim Bob has been silent on the matter in recent months, he’s subtly expressed his frustration several times in the past.


“Jana is 28-years-old and still single, so she’s still praying about ‘the one,’” he famously remarked during one of Jana’s previous birthdays.


Jana is likely relieved that her dad has reluctantly decided to stop ragging on her in public.


Unfortunately, it seems her Instagram followers have taken up the mantel of abuse and begun shaming her in her own comments section.


“When you gonna grow up and leave? I mean you’re almost 30. You gonna play Cinderella your whole life?” one “fan” recently remarked.


“Have you ever even for a moment considered getting a home of your own and living your own life?” another echoed.


To her immense credit, the so-called “Cinderella Duggar” has endeavored to reply to such cutting remarks with gentle good humor.


“[I’m] still searching for Mr. Right. In the words of Michael Bublé, ‘Just haven’t met [him] yet!’” she recently wrote on Instagram.


“Maybe he’s riding in on a green turtle instead of a white horse,” she added.


“Well, that would certainly explain why he’s taking his time!”‘


We wish Jana all the best in her continued search.


And while she awaits Mr. Right, here’s hoping her dad decides to stop acting like Mr. Judgmental Douche.