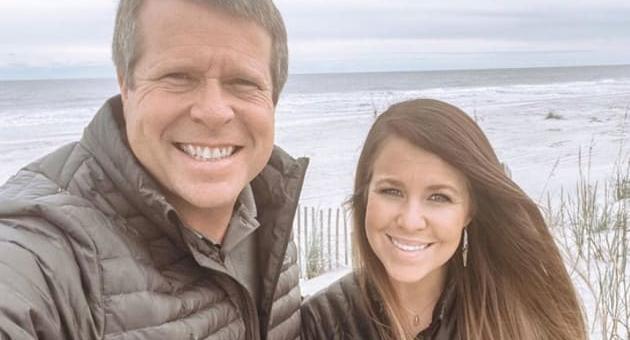 For years, fans have been rooting for Jana Duggar to find the right man and start a family of her own.


Now, it appears that she’s done exactly that.


We learned several months ago that Jana is being courted by Stephen Wissmann, a Nebraska-based businessman, musician, and amateur pilot.


Now, it appears that the young couple has taken several important steps together, but it’s anyone’s guess as to what stage their relationship is currently in.


Some believe that Jana and Stephen are secretly engaged.


And at this point in the relationship, they would basically have to be.


Jana and Stephen have been together since at least December, and since all Duggar courtships begin with the goal of marriage in mind, none of Jim Bob’s kids date for a year without at least reaching the engagement stage.


Most Duggar romances usually wind up at the altar within a matter of months, which is enough to lead to theories that Jana and Stephen are secretly married.


It may seem crazy that the couple would keep such important news under wraps, but there are several signs that point to a clandestine wedding.


In addition to the fact that the standard Duggar relationship timeline would have these two hitched by now, Jana has been demonstrating a lot more independence in recent weeks.


And ironically, in the Duggars’ world that’s a fairly sure sign that a woman has tied the knot.


Yes, the daughters of Jim Bob suffer the greatest when he’s the one making their rules.


Once they’re married, the lucky one enjoy a degree of independence that they’d never previously known.


Stephen still hasn’t made an appearance on Jana’s social media pages, but even so, her latest Instagram activity seems to confirm that there’s been a major change in her life.


“Something new happened! #blonde #balayage #newhair #hairtransformation,” she captioned the photo of her newly flaxen mane.


There was a time when it was rumored that Jana and Laura were in a relationship, and that Jim Bob forbade them to see each other for fear that their continued friendship would create the wrong impression.


The fact that Jana seems so suddenly liberated from her father’s asinine rules has created the sense that she’s married, and is now following Stephen’s rules instead of her father’s.


But if that’s the case, why is she being so secretive about it?


After all Jed Duggar and Katey Nakatsu just announced that they’re pregnant, and Jim Bob didn’t stand in the way of that.


The current theory among Duggar watchers is that Jana is essentially taking one for the team here.


She’s holding off on her wedding announcement until the family really needs to distract attention away from Josh Duggar’s upcoming child pornography trial.


It sounds insane, but then again, so does everything else about this family these days.


Whatever the case, Jana is not currently at home with Jim Bob and Michelle, and it looks as though she hasn’t been for quite some time.


“Jana Duggar is still in Los Angeles with Jinger Vuolo… She’s been there for a week,” vlogger Katie Joy reported over the weekend.


“Secretly I want Jana to move to LA. That would be like the most rebellious move yet.”


Commenters pointed out that even if Jana isn’t married and is still living with her parents, at least she’s free at the moment:


“Jana isn’t raising her mother’s children at the moment. That’s something to celebrate right there !!!!” one wrote.


“I can’t imagine how liberating she feels to get away from her family, daily duties and all that mess. I hope she continues to enjoy her freedom,” another chimed in.


“I always wanted Jana to move there, yes! She could work at a design company, so talented,” a third observed.


Sometimes in life, you just have to celebrate the small victories.


And that’s especially true when you’re a woman in the misogynistic Duggar family.

In pictures: Alia Bhatt steps out for lunch with Ayan Mukerji