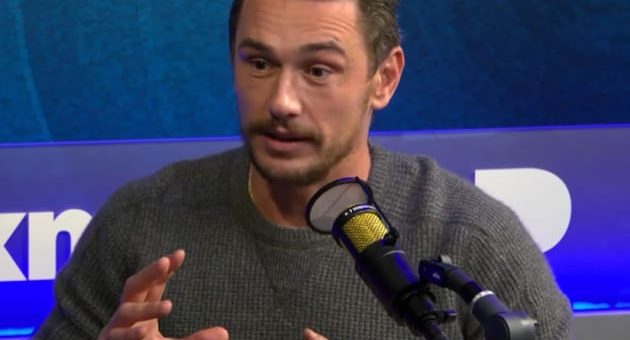 James Franco has, at last, broken his silence.


Back in 2019, the actor was sued by a pair of former acting students for alleged sexual harassment, exploitation and coercion.


In June, Franco agreed to pay $2.2 million as part of a settlement agreement, doing so amid numerous other accusations of sexual misconduct — also made by ex-students — in 2018.


On the December 23 episode of SiriusXM’s The Jess Cagle Show, meanwhile, Franco finally addressed the issue for the first time in almost four years.


He said he remain quiet for so long out of respect for his alleged victims.


Franco initially admits he made an enormous mistake naming a college class he taught “Sex Scenes.”


“It should have been called Contemporary Romance or something like that,” he said on air.


“It was a class where they did scenes about whatever their romance is, you know, what they go through as young people. So meeting people on, you know, dating apps or breakups, or, you know, just a bad date, stuff like that.


“That’s what was being done in that class. It was not sex scenes.”


But Cagle specifically asked about the lawsuit and how it claimed Franco’s class was simply “a pipeline of young women who would be subjected to his personal and professional sexual exploitation in the name of education.”


At this point in the interview, the actor admitted to having sex with some of his students.


“Look, I’ll admit I did sleep with students. I didn’t sleep with anybody in that particular class,” he said.


“But, over the course of my teaching, I did sleep with students and that was wrong.


“It’s not why I started the school and I wasn’t the person that selected the people to be in the class. So it wasn’t a master plan on my part.


“But yes, there were certain instances where, you know what I was in a consensual thing with, with a student and I shouldn’t have been.”


What about the power imbalance between the involved parties?


Of being a teacher and also a celebrity?


“I suppose at the time, my thinking was if it’s consensual, okay,” Franco replied.


“At the time, I was not clearheaded as I’ve said. I guess it just comes down to my criteria, which was like, ‘If this is consensual, like, I think it’s cool. We’re all adults.”


During the sit-down, Franco also said he’s struggled with sex addiction, after overcoming an alcohol addiction in his teen years.


He said he’s been in recovery for the former since 2016.


Franco addded that he “cheated on everyone” before he started dating his current girlfriend, Isabel Pakzad, who he started seeing in 2017.


“I’ve just been doing a lot of work,” Franco concluded.


“And I guess I’m pretty confident in saying like, four years, you know? And, I was in recovery before, you know, for substance abuse. And, there were some issues that I had to deal with that were also related to addiction.


“And so I’ve, I’ve really used my, my recovery background to kind of start examining this and, and changing who I was.”