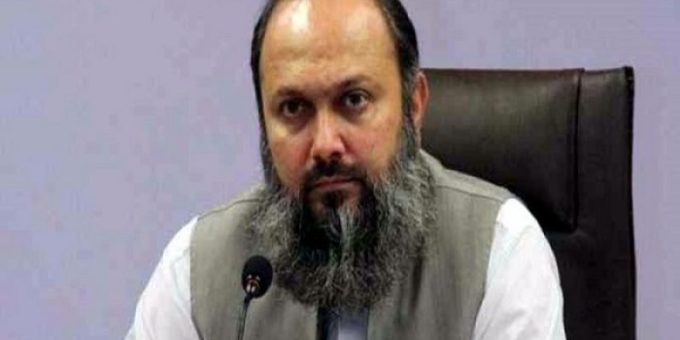 Balochistan Chief Minister Jam Kamal Khan has stepped down from his post.His resignation came following weeks of political tussle in the province after disgruntled members of the ruling Balochistan Awami Party (BAP) tabled a no-confidence motion against the CM.

Earlier, the vote of no-trust motion against Jam Kamal was delayed till October 25 after four of the members of the estranged BAP mambers went missing.

Member Balochistan Assembly Sardar Abdul Rehman Khetran had tabled the motion during the provincial assembly session presided over by Speaker of the assembly Abdul Quddus Bizenjo.

The disgruntled members of assembly stood on their seats to announce their support for the motion.
Abdul Rehman Khetran said that due to poor governance of the chief minister, frustration, unrest and unemployment prevailed in the province, while performance of institutions has also affected.

Khetran said that running the important affairs without consultation has caused irreparable damage to the province, adding that Jam Kamal Khan is running the affairs of the province on his own and demanded that the chief minister be removed from office for poor performance.

The disgruntled members had claimed that it has the required number to send Jam Kamal packing as 14 members of his own party are signatories on the motion. However, Jam Kamal was hopeful that the move will fail and said that few members cannot stop development of the province.

Acting president of the BAP Zahoor Buledi had filed an application to the Inspector-General of Police in Balochistan for the safe recovery of a number of missing members of the provincial assembly. He had stated that 34 out of 65 members of the Balochistan provincial assembly had taken refuge at the residence of the Speaker in the aftermath of the four MPAs going missing.

Buledi also alleged that the missing MPAs were being “tortured” into supporting the government of Chief Minister Jam Kamal Khan. The BAP leader placed the responsibility for the disappearance of these MPAs on the government.

He said: “It is the responsibility of the IG Balochistan to recover the missing MPAs.” He called upon the IG to reject any pressure from the provincial government led by CM Jam Kamal Khan. Furthermore, he asked the Chief Justice of Pakistan to take notice of the disappearances.