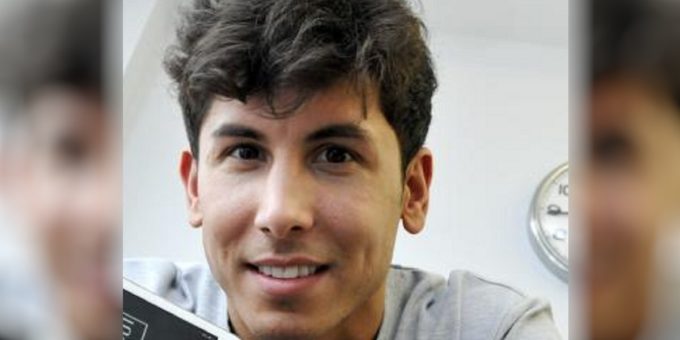 A well respected businessman struggling to keep his barber shops afloat because of the pandemic “stupidly” transported £1m worth of cocaine in return for a paltry £500.

But police had intelligence about the illegal transportation and Scott Patel was yesterday jailed for six years.

“It was a running jump into the deep end of criminal activity,” said his barrister Tom Watson.

Glowing character references were read to Liverpool Crown Court on his behalf describing him as “a stand-out member of the Bolton community.”

Jailing the 33-year-old, who has never been in trouble before, Judge Robert Trevor-Jones described the ten kilos of cocaine, found hidden beneath a welded panel in the car he had been given, as “an enormous amount.”

He pointed out that the quantity was so great that the guidelines for sentencing did not go that high. “The references express a degree of staggering incredulity that you involved yourself to this extent.”

Patel, who ran two barber shops in Bolton – who Scott’s Barbers in Horwich – and Manchester, was stopped driving a Ford C-Max with the drugs at 11.30 am on April 21 tis year on the M62 travelling from Liverpool. The ten one kilo packages wrapped in parcel tape were found hidden in a welded panel under the rear seats.

The defendant, whose address was given as Oldham Road, Ancoats, Manchester, pleaded guilty to possessing cocaine with intent to supply on the basis that his businesses had been struggling financially because of the Coronavirus and was then offered £500 to collect the drugs in Liverpool and transport them.

Tom Watson, defending, described it as “an extremely sad case”. He read excerpts from five references in which it was described how financial difficulties “had overwhelmed him.”

“He helps others before himself and is a stand-out member of the Bolton community.”

The court heard that he was also described as having “a big heart” who voluntarily helped students and was a hard working active member of the community.

His ex-partner said that “the charges could not be further from the man he is” and told how he worked 14 hour days seven days a week.

“They clearly know a young man other than the man who stupidly allowed himself to be involved in this for the paltry figure of £500 – which he never received,” said Mr Watson.

“It is clear from the evidence that the police had evidence. They were astute. The persons using him were astute. He was not astute. He is out of his depth in every sense of the word.”

He said that Patel had three people working in his shops on a self-employed basis and an apprentice and he has managed to arrange new management to take over and safeguard their jobs.

“He has lost everything. He has lost his standing in the community where he is held in high regard. He has brought shame upon his family.”

Mr Watson said that “utterly utterly out of character behaviour had reverberated around the community. He said he had known he was transporting drugs but not their value.

He added that he plans to use his time in jail constructively and also wants to help other people in the community, “particularly the younger ones to whom he feels a sense of responsibility. He feels it is more constructive if he tells them about his stupid behaviour and what happened to him as a result.”

Judge Trevor Jones told Patel, “You were hitherto a man of good character. You have clearly demonstrated ambition and entrepreneurial skills and until the onset of the virus had been successful .”

Covid News: U.S. Is Working to Send Doses Abroad by Replacing AstraZeneca Shots With Others
2021-06-19

AstraZeneca, EU both claim victory in tussle over deliveries
2021-06-19