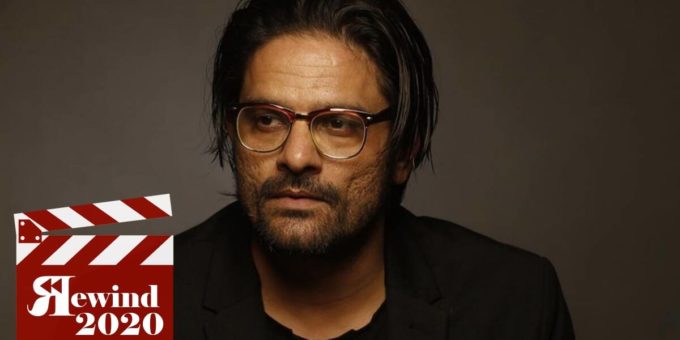 Paatal Lok and Jaideep Ahlawat’s character in the show Hathiram Chaudhary made a lot of noise in the digital space this year. The actor, who got a new lease of life post the show’s mammoth success, says, “Whenever people appreciate Hathiram, I stand there with folded hands and accept it all on behalf of my entire team.”

Jaideep had three projects in 2020, apart from Paatal Lok. While his Baaghi 3 was the last film to have a theatrical release before the lockdown in March, his Khaali Peeli opted for a digital release.

In an exclusive chat with indianexpress.com, Jaideep Ahlawat looks back at the year, and how it changed him.

Here are excerpts from the conversation:

I take all my projects as an examination. When you prepare hard for a character and get a great result, you feel happy. But more than that you feel a different kind of satisfaction and calmness. That drives you to do better work. So I feel great seeing Hathiram and Paatal Lok in the list of top shows and characters this year.

Last year this time, we were making Paatal Lok. I was into the mould of Hathiram for six long months. So this character stayed with me for a considerable amount of time last year. We knew that if the story managed to reach the audience properly, it’ll be liked. But the amount of love we received was overwhelming. Once, while travelling from Mumbai to Delhi, the Starbucks guys wrote my name as Hathiram on the coffee mug. That was amazing.

How did you react to all the memes around Hathiram and Paatal Lok?

Earlier, I saw other memes and thought they are well made. But when such memes get associated with you, you feel a belonging that people are able to understand the emotions and what your character wants to convey. The way fans interpreted it was amazing. I had a loud laugh so many times.

Has success changed you in any way?

I think I’ve got more confidence as an actor. Maybe I’ve calmed down a little more. When your work gets accepted, the storm inside you subsides. You approach life in a better way. That happened with me. I feel motivated and hope to do even better work in the future.

Apart from Paatal Lok, you were also seen in potboilers like Baaghi 3 and Khaali Peeli. Do you feel satisfied delivering such varied work this year?

All these projects were shot back-to-back before the lockdown. That journey was interesting. Later, when you watch it, you realise you were in a different zone for each of them. That’s the beauty of telling stories onscreen.

How did you cope with the lockdown?

I am not a very outgoing person. My life revolves around my work. I have very limited friends also. I shot Bard of Blood, Paatal Lok, Baaghi 3, Khaali Peeli and a short film for Netflix, back-to-back for one and a half years. Post Baaghi 3’s release, I was at home after a long time. The initial months of lockdown were spent in understanding what’s happening. Then Paatal Lok released and two months passed there. I was on phone, social media and calls every day. By the time it subsided, things began opening up. So lockdown went in a jiffy for me. Only regret was I couldn’t step out and meet people when Paatal Lok released.

Any other show or film this year you wished you were a part of, and why?

There are so many. I loved Bandish Bandits. I thought it had a unique romanticism. I love Sufi music, though I cannot sing. That’s why maybe I found a connection with the show. It would be challenging and fun to play the lead there, as he had different shades. Then there’s Pratik Gandhi in Scam 1992. I loved his performance too.

Do you think OTT projects came into your life at the right time?

It happened at the correct time. If it was sooner or later, maybe it might not have had such an impact. Films and web have their own world, and I hope they continue to run parallel for me.

I hope to do extensive and satisfying work. I wish things get normalised soon and we are able to return to the sets. I’m yet to sign a project. Talks are still on. I’d love to do a comedy. I keep saying in all my interviews that please approach me with a good comic role.

Immunity Tips: This Spicy Amla-Dhaniya Chutney Can Be Stored For Whole Year (Recipe Video Inside)