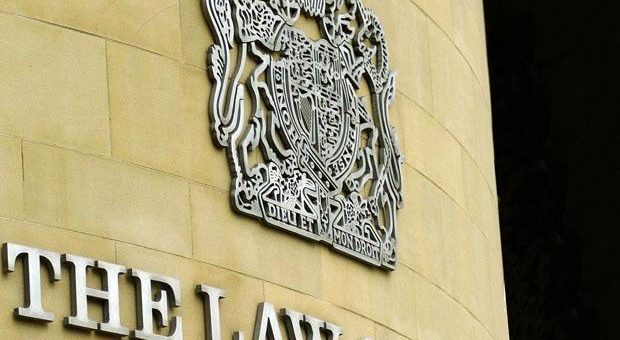 An Iraq War veteran who threatened to blow up a university business centre with a non-existent suicide vest has been jailed for 16 months.

John Douglas, who served in the British Army in the conflict, claimed to be wearing an explosive vest while he was suffering with serious mental health problems, Bradford Crown Court heard today.

Prosecutor Graham O’Sullivan said the case was delayed by the obtaining of a psychiatric report that examined whether Douglas was fit to plead.

The court heard that the buzzer into the business centre was activated shortly before closing time and a male voice said: “I have to see someone.”

Douglas was in the first floor lobby where he told a member of staff: “I’m not well. I need help. I’ve got a suicide vest on.”

The woman staff member was 90 per cent sure he wasn’t wearing explosives but there were 150 people in the building. It was evacuated and the police were called.

The staff member stayed with Douglas, asking him his name and continuing to talk to him.

He appeared sad and distressed. He began drinking from a Lambrini bottle and he took out a handful of tablets.

It was clear that he was suffering a mental health crisis, Mr O’Sullivan said.

He was shouting that he was going to blow up the building but a mental health first aider who arrived on the scene also did not think he was wearing a suicide vest. He was emotional, crying and slurring his words because he was intoxicated.

When the police arrived they couldn’t be sure that he was not concealing something harmful under his jacket. One officer grabbed his arm and he was handcuffed and restrained.

He was then taken to Calderdale Royal Hospital for treatment.

Mr O’Sullivan told the court Douglas was not wearing a suicide vest or carrying a weapon of any kind.

But the police were concerned for the safety of members of the public and themselves.

Douglas told them it was a cry for help. He thought he was being followed and he had seen people taking pictures when he walked through the town.

He apologised and said he had no intention of harming anyone.

He had 16 convictions for 26 offences, including battery and assault occasioning actual bodily harm.

Douglas was sentenced on a video link to HMP Leeds after being remanded in custody since January.

His barrister, Jo Shepherd, said he was at a very low point at the time with serious mental health problems.

Judge Tom Bayliss QC told Douglas an immediate jail sentence was needed to deter others from making such claims.

The Telegraph & Argus requested a custody picture of Douglas from police, but the request did not meet the Force’s policy for release of an image.

Here Is The Secret Behind Natasha’s Glowing Skin