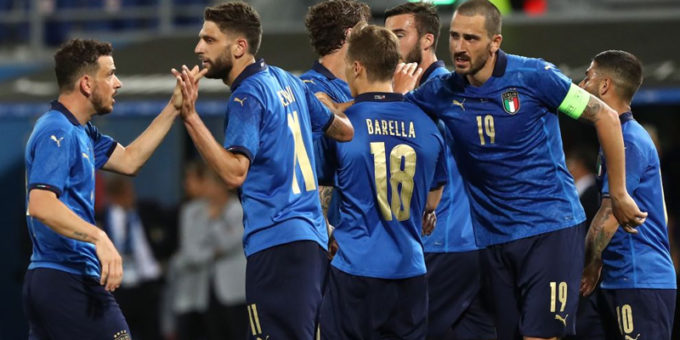 Italy will face
Turkey in Rome on Friday as Euro 2020 finally gets underway a year behind
schedule and under coronavirus scare.

Postponed 12 months ago because of the pandemic, the
European Championship – with Cristiano Ronaldo’s Portugal the holders – is
being played for the first time all across the continent, with 11 cities from
as far apart as Seville to Baku hosting matches.

The idea was first mooted by Michel Platini almost a decade
ago when he was president of UEFA and has survived the Covid-19 crisis, but
matches are being played in front of limited crowds and with onerous health
restrictions in place.

In Rome, the Stadio Olimpico will be filled to about 25
percent of capacity, meaning 16,000 supporters will be present to watch Roberto
Mancini’s Italy face Turkey in the first game in Group A.

“The opener is always difficult, and there will be
plenty of emotions but you can’t get too carried away,” said Mancini, who
has guided the Azzurri back to a major tournament after their ignominious
failure to reach the 2018 World Cup.

Mancini has rebuilt Italy, the 1968 European champions, on a
27-match unbeaten run.

“We have created a great squad. We want to continue to
have fun together and we will try to make it to London. I’m very
positive,” he told reporters.

London will host the semi-finals of the 24-team tournament
as well as the final on July 11.