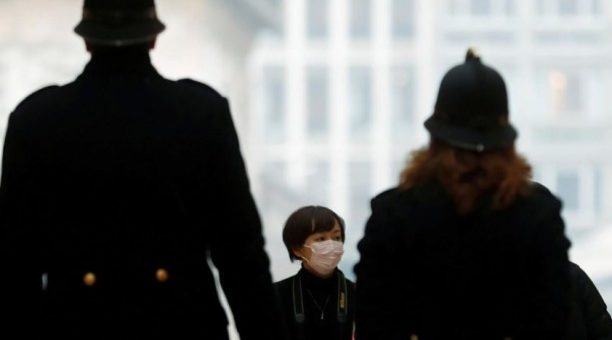 The death toll from coronavirus in Italy jumped to 52 on Monday from 34 the day before and the total number of confirmed cases in Europe’s worst affected country climbed past the 2,000 mark.

The increase in deaths was the largest since the outbreak surfaced 10 days ago in the wealthy northern regions of Lombardy and Veneto. Lombardy, around Italy’s financial capital Milan, is by far with hardest hit, with 38 casualties.

The virus has since spread south but the vast majority of cases remain centered on the original hotspots, with the addition of Emilia Romagna, another affluent region which borders on both Lombardy and Veneto and now has more cases than Veneto.

In total, 2,036 people have tested positive in Italy, up from 1,694 on Sunday. Of these, 149 have recovered, the civil protection agency said.

“What is comforting is that 50% of the 258 people who tested positive (in the last 24 hours) have no symptoms or are being looked after at home,” Angelo Borrelli, head of the agency, told reporters.

In total, Italy has tested 23,345 people for the disease.

The Lombardy regional government urged people over the age of 65 to remain at home, as data showed they were by far the most vulnerable to the highly contagious illness.

“All those who have died (in Lombardy) are people over 65 with underlying health conditions, especially cardiovascular problems,” said Giulio Gallera, the region’s councillor responsible for welfare policy.

In a worrying development, a policeman and a fireman based in Rome have also tested positive, authorities said, raising the risk of the virus spreading in the Italian capital.

Cases in Rome, Italy’s largest city with 3 million people, had previously been limited to a Chinese couple on holiday and an Italian repatriated from the Chinese city of Wuhan – where the outbreak originated late last year – on a special flight and hospitalized. All three recovered.

On Monday the Spallanzani infectious diseases hospital where the policeman was staying announced that his wife, two children and sister-in-law were also infected.

Salman Khan thanks his fans for 30 Million followers on Instagram

Egg Keema Pulao: This Delicious And Hearty Pulao Is Ideal To Make For Those Unexpected Guests
2021-08-31