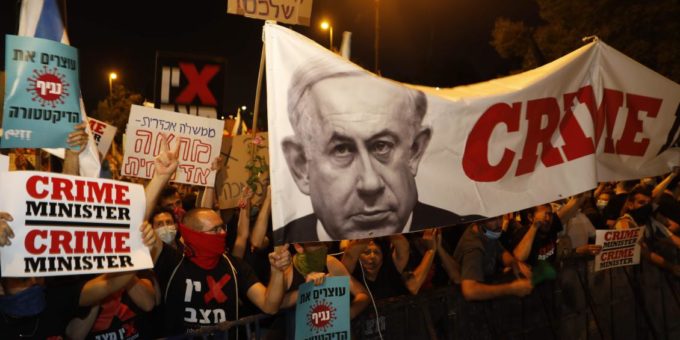 TEHRAN: Iran’s supreme leader told Iraq’s visiting premier on Tuesday that Tehran will not interfere in Baghdad’s relations with Washington, but warned that the US presence next door to the Islamic republic was a cause of insecurity.
Prime Minister Mustafa Al-Kadhemi of Iraq met Ayatollah Ali Khamenei in the Iranian capital during his first trip abroad since taking office.
“Iran will not interfere in Iraq’s relations with America but expects Iraqi friends to know America and realize that their presence in any country causes corruption, ruin and destruction,” the Iranian leader said, according to his official website.
“The Islamic republic expects… (the Iraqi) parliament’s decision to expel the Americans to be adhered to since their presence is a cause of insecurity.”
Khamenei pointed to the US killing of Iran’s top general Qasem Soleimani in a January drone strike in Baghdad, after which parliament voted to expel US troops.
“They killed your guest in your house and blatantly confessed to it.”
Iran “will never forget this and will certainly deal a reciprocal blow to the Americans,” Khamenei said.
Iran retaliated for Soleimani’s death days after by firing a volley of missiles at US troops stationed in Iraq, but US President Donald Trump opted against responding militarily.
While the attack on the western Iraqi base of Ain Al-Asad left no US soldiers dead, dozens suffered brain trauma.
According to Khamenei, Iran was opposed to “whatever may weaken the Iraqi government” in contrast to the US, which he said did not want “an independent, strong Iraqi government elected by popular vote.”
Kadhemi had been scheduled to visit Saudi Arabia as his first trip abroad, then quickly follow it up with a trip to Tehran.
The Saudi leg was postponed after King Salman was hospitalized on Monday.
Kadhemi rose to the premiership in May after serving as head of Iraq’s National Intelligence Service for nearly four years.
He formed close ties to Tehran, Washington and Riyadh during that time, prompting speculation he could serve as a rare mediator between the capitals.
His trip to Tehran comes after he received Iran’s top diplomat Mohammad Javad Zarif in Baghdad on Sunday.
Relations between the two countries were not always close — they fought a bloody war from 1980 to 1988.
Tehran’s influence in Baghdad grew after the 2003 US-led invasion of Iraq toppled the government of Saddam Hussein.
Iran now has significant leverage over many of Iraq’s Shiite political groups.
Iraq’s delegation includes the ministers of foreign affairs, finance, health and planning, as well as Kadhemi’s national security adviser, some of whom also met their Iranian counterparts.
Kadhemi also held talks with President Hassan Rouhani to discuss closer trade ties, fighting the novel coronavirus and efforts to ensure regional stability, state television said.