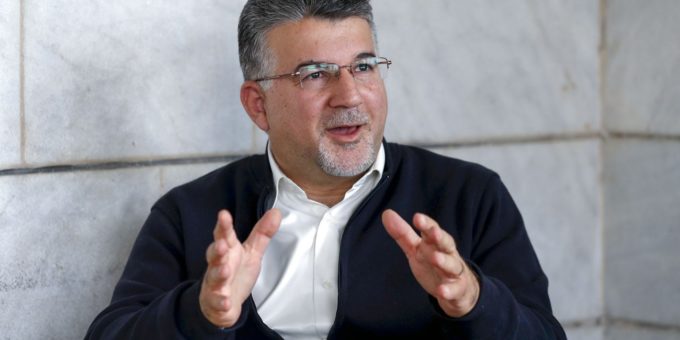 PARIS: A children’s advocacy group warned on Friday that half of nearly 400,000 displaced people in the Syrian regime’s two-month-long offensive on the country’s last opposition-held region are children, calling it a wave of displacement unlike anything seen before in the war in Syria.

The offensive by Syrian regime forces, backed by ally Russia, has focused mainly on Idlib province in the northwest, and also lately on neighboring Aleppo. It is an attempt to seize control of a strategic highway that links the capital, Damascus, and the north.

According to advocacy group Save the Children, half of those displaced are children, adding that at least 37,000 children were forced to flee in the month of January.

During a one-week period in mid-January, 34 children and 13 women were killed, the UN said.

Trucks and other vehicles have crammed the roads as civilians — some of them already displaced by earlier fighting — packed up their meager belongings to leave towns and villages under attack.

Save the Children said its advocacy partners working in Idlib and Aleppo described miles of convoys and said “the sheer scale of displacement is unlike anything they have seen before.”

The US and Europe are stepping up their sanctions against the regime because of the Idlib assault, according to Ambassador James F. Jeffrey, US special representative for Syria engagement and special envoy for the global coalition to defeat Daesh.

He said the US government was “appalled and horrified by the unrelenting Assad regime assault on Idlib” supported by Russia and Iran.

It was, he added, a violation of UN Resolution 2254 from 2015, as well as several more recent cease-fires that Russia had agreed to but was now ignoring.

“It indicates that the regime does not want a compromise solution but rather a military solution,” Jeffrey told the media.

The US was not planning any withdrawal of US troops from Syria in the near future, he said.

He said that EU and Arab League countries met in London to talk about the next steps for Syria.

“We are seeing Daesh come back as an insurgency as a terrorist operation with some 14,000 to 18,000 terrorists between Syria and Iraq, and Daesh considers both countries as a single front,” said Jeffrey.

“We are working with both the Iraqi government and the local authorities in Syria to combat this scourge. We had a setback temporarily in Syria last October with the Turkish incursion but we are back doing full operations with our local partner, the Syrian Democratic Forces.”