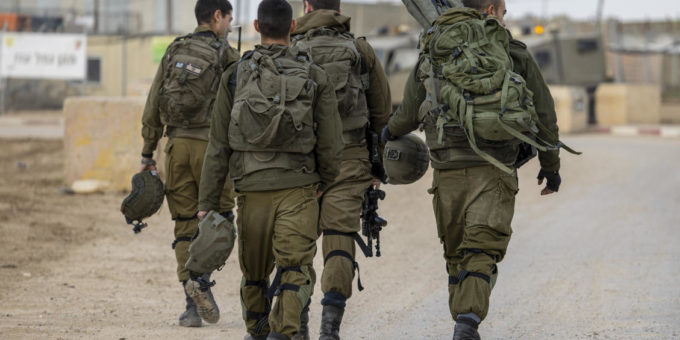 PARALIMNI, Cyprus: Many well-off Lebanese who escaped their country’s economic tailspin for a new life in the nearby island nation of Cyprus say the transition has been a whirlwind of emotions.
They are grateful they did not have to turn to human smugglers and embark on risky Mediterranean crossings to reach European shores. But they also feel guilty for leaving family and friends behind to struggle with Lebanon’s unprecedented crises — a failing economy, political uncertainty and social upheaval.
The feelings are intense for Celine Elbacha, an architect who moved with her family of four to the Mediterranean island nation in August 2020, and Nadine Kalache Maalouf, who arrived with her husband and two children four months ago.
They are among more than 12,000 Lebanese who have left their homeland in the past two years for Cyprus — less than a 50-minute flight from Beirut — enrolling their kids in schools, setting up businesses and snapping up apartments on the island.
“We were fortunate to be able to come,” Maalouf said. “We’re doing our best here as a Lebanese community to help … our families, our friends back home. So it’s not like we just moved and we turned our backs and we’re not looking back.”
Thousands of Lebanese, including teachers, doctors and nurses have left the country amid a devastating economic crisis that has thrown two thirds of the country’s population into poverty since October 2019. That brain drain accelerated after the massive explosion at Beirut’s port last year, when a stockpile of improperly stored ammonium nitrates detonated, killing at least 216 people and destroying several residential areas.
The exodus is telling about the state of Lebanon, where not only the poor are seeking a way out, but also a relatively well-off middle class that has lost faith in the country turning itself around.
For those who can afford it, Cyprus, a member of the European Union, is an attractive option for its proximity and the facilities it offers — including residency for a certain level of investment in real estate and businesses. As Lebanese banks clamped down on deposits, many sought to open bank accounts in Cyprus or buy apartments as a way to free up their money.
The island has a history of taking in Lebanese, who first came in the 1980s, at the height of Lebanon’s 15-year-civil war, and again in 2006, when Cyprus served as a base for evacuating civilians during the month-long war between Israel and Lebanon’s militant Hezbollah group.
Maalouf, 43, who made the move to Cyprus with her husband and two kids, said she was pleasantly surprised by how “easy” the relocation process was. She hasn’t found work yet but has connected with Cyprus’ close-knit Lebanese community.
“We were scared about this step,” she said, but Cypriot immigration authorities “made that very smooth and very easy.”
Cyprus’ Interior Ministry spokesman Loizos Michael confirmed to The Associated Press that the government has “simplified procedures” for Lebanese nationals who wish to immigrate lawfully, “as part of humanitarian assistance” to Lebanon.
Additionally, incentives are offered to Lebanese businessmen who wish to transfer their businesses to Cyprus, Michael said, without elaborating.
Maalouf said her primary motivation was to shield her children from Lebanon’s dire economic situation — runaway inflation has seen the Lebanese pound lose more than 90 percent of its value in less than two years — and provide them with a chance for a better future.
“It’s scary when you’re a parent, you’re scared and you say, OK, I need to save my kids,” said Maalouf.
The transition was easier for 47-year-old Elbacha and her family. They had bought a vacation home in Cyprus years ago in the town of Paralimni on the island’s east coast and felt they already had a footing here.
Her elder daughter, Stephanie, has been studying at a university in Paris for two years now. Her younger daughter, 17-year-old Morgane, was fortunate to get into Cyprus’ only French-speaking school in Nicosia, the capital.
Elbacha and her husband, also an architect, have set up a company in Cyprus and are both working. They have a sense of obligation to the country that has welcomed them, she said.
“We want to be feeling like we are not illegal in the country,” she said. Cyprus has helped them “in every sense, and it’s like we have to return this.”
Elbacha is lucky, she says, especially when she remembers how powerless many Lebanese feel in the face of constant feuds and bickering among the political elite. Her home in Beirut sustained minor damage in the Aug. 4, 2020 port explosion, mostly broken glass. None of the four of them were hurt but some of her friends and relatives fared much worse.
Later that month, the family moved to Cyprus. The first five months here, she remembers feelings of guilt, like she was “betraying my country,” she said.
Maalouf, who also ended up with her family in Paralimni, has little faith things will turn around in Lebanon anytime soon, despite upcoming general elections. “I’ve been hearing this since I was a teenager. Things will get better. We’ll see and things never get better,” she said.
For its proximity to Lebanon, Cyprus is in many ways ideal for both Maalouf and Elbacha. They can easily visit family and friends back in Beirut.
“The people of Cyprus are very warm and welcoming,” said Maalouf. “We don’t feel like strangers here.”

SCOOP: The REAL reason why SS Rajamouli is NOT postponing the release of Ram Charan and Jr. NTR’s RRR : Bollywood News