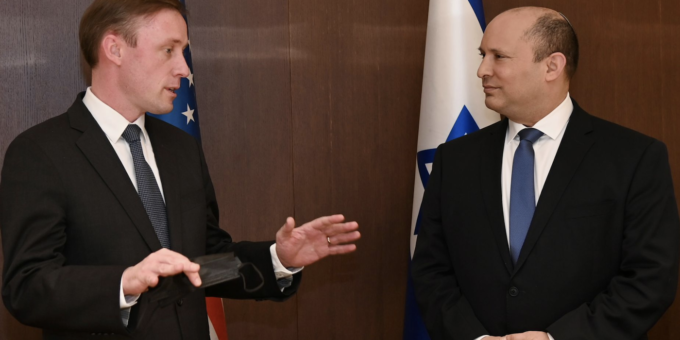 BEIRUT: Following a meeting chaired by President Michel Aoun on Wednesday, Lebanon’s Supreme Defense Council has decided to extend the current general mobilization period until the end of March 2022. It also announced measures to open the borders with Syria for vaccinated residents or those testing negative for COVID-19.

The council asked all military and security services to “ensure security over the holidays, so the Lebanese can enjoy some stability despite the difficult circumstances.”

It added: “We have taken security decisions related to smuggling operations at the legitimate and illegal crossings, as well as drug production and trafficking, exchange-rate platforms, and we will be monitoring consumer prices.”

During the meeting, council members discussed “the Syrian authorities opening the borders for vaccinated Lebanese, or those with a negative PCR test,” and the council asked the Lebanese General Security to take similar measures in coordination with the Ministry of Health.

The Secretary-General of the Supreme Defense Council Maj. Gen. Mahmoud Al-Asmar said the council had discussed the situation of the wheat silos at the Beirut port, which were severely damaged during the explosion on Aug. 4, 2020. He explained that the council had insisted on the need to expedite measures to prevent the silos from completely falling apart.

“The council requested the ministries of economy and public works and the council for development and reconstruction to address the issue,” he said.

Gen. Aoun warned that “sedition is just around the corner, but we will nip it in the bud.”

“Soldiers need to realize that they are facing a sacred mission; the civil war in 1975 was a bitter experience and we will not allow history to repeat itself. Never again shall we allow militias to take over nor will we live under the mercy of armed gangs and terrorism,” he stated.

Addressing his soldiers directly in the article, Aoun said: “In whose hands are we leaving our homeland? Chaos? Civil war? The sacrifices and efforts you are making have prevented Lebanon from collapsing, despite the many developments since October 2019. We faced protests, the pandemic, the Beirut port blast, and devastating economic conditions. But we managed to preserve civil peace thanks to the confidence of our people and the international community, and this encouraged many to help us.”

The general also addressed reports about the number of soldiers deserting and others applying for resignation. “The rumors exaggerate the numbers,” he said. “Many soldiers who left have rejoined the army’s ranks after they discovered that the benefits provided by the army could not be found in any other job.”

He called on officers “to educate the soldiers so that they do not rush into making decisions they will regret.”

Gen. Aoun touched on the repercussions of Lebanon’s financial collapse on the armed forces, saying: “The major concern has become transportation. I am well aware of all the pressures and challenges you are experiencing, including the protest movements, the fuel and medicine crises, raids, clashes and many others, and you have wisely and patiently taken on every one of these challenges.

“I do not expect the economic crisis to end soon and we could be facing worse scenarios,” he added. “We are not the reason behind the crisis, nor are we the solution. We are simply doing our duty toward our homeland, and we will be present wherever we are needed. Our duty is to help the state find solutions by providing security and stability. We have overcome many difficulties in the past and we will overcome this crisis as well. We will weather this storm until it ends.”

Gen. Aoun noted: “The army has bought buses and vans, and they will be in service soon, which will solve the problem of transportation for many soldiers.”

He revealed that 68 percent of soldiers have received two vaccine doses so far, and stressed “the need to vaccinate the rest. Soldiers who refused to take the vaccine would have to cover their own medical costs should they contract COVID-19, he added.

Gen. Aoun also commented on the rumors about “discrimination in the distribution of aid within the military institution,” calling on soldiers “not to pay any attention to such claims, for the army is for everyone and against all those who violate security.”

The army has requested food aid from Arab and foreign armies.

“Donors are facing legal and constitutional obstacles, but efforts are being exerted to find solutions to secure this aid for the army,” the general stressed.