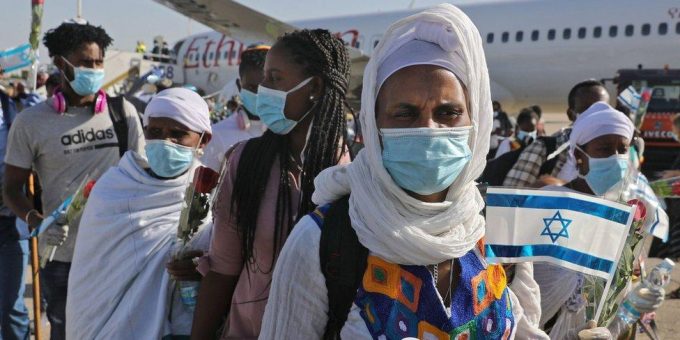 BEIRUT: Former Lebanese prime minister Saad Hariri has put himself forward as a potential leader in a bid to break the country’s growing political deadlock.

He also began political consultations with other parties in order to revive the possibility of a successful French rescue plan on Monday.

After a meeting with President Michel Aoun in the Presidential Palace, Hariri said: “We have no time to waste on political polemics. If someone wants to change the concept of the French initiative, let them bear the responsibility.”

The French plan, launched by President Emmanuel Macron on Sept. 1 to help Lebanon cope with its crises, failed after Hezbollah and the Amal Movement demanded ownership of the finance portfolio and the presence of Shiite ministers in a new government.

Hariri said that the government should be “formed of specialists who do not belong to parties and who will undertake specific reforms within a specific timetable, which does not exceed a few months.”

Lebanon is scheduled to begin negotiations with Israel on Wednesday to demarcate maritime borders amid an absence of government in the country, which is enduring one of its worst economic and financial crises to date.

President Aoun said he “wants to form a new government as soon as possible, because the situation no longer tolerates further deterioration.”

Aoun also urged “the necessity of adhering to the French initiative.”

In a statement, Hariri said the consultations, which also included meetings with Parliament Speaker Nabih Berri and other former prime ministers, were designed to “float Macron’s initiative.”

He added that the French plan “is the only and last opportunity to stop the collapse and rebuild what was destroyed by the Beirut Port explosion.”

Hariri said he would “send a delegation to communicate with all the main political blocs to ensure that they are still fully committed to the terms of the paper that they previously agreed upon during the meeting with President Macron at the Pine Palace.”

“The government’s goal is to implement only economic, financial and administrative reforms. Governments formed on the traditional basis of party representation failed to implement reforms and brought the country to the great collapse in which we are living.

“The great collapse threatens our country with more tragedies and threatens the state with complete demise.

“Macron has pledged to all of us to mobilize the international community to invest in Lebanon and to provide external financing. Do you understand what that means? It means that he will hold a conference to save Lebanon from collapse.”

“If any political party wants to change the concept of the initiative, especially concerning its economic aspect and the clause of specialized ministers, knowing in advance that this leads to its failure, then let them assume their responsibility before the Lebanese people and inform them of this matter,” he added.

President Michel Aoun will begin consultations with parliamentary blocs on Oct. 15 to assign a Sunni figure to form the next government and succeed Prime Minister Hassan Diab’s caretaker administration.

Diab’s government resigned on Aug. 10 following the Beirut explosion, while Mustapha Adib, who was assigned prime minister-designate on Aug. 31, stepped down a month later after he failed to form a Cabinet based on the French plan.

He singled out the former as a “terrorist militia that terrorizes political forces with weapons,” adding, “some of the leadership preferred to be hostages with Hezbollah.”

On Monday, Lebanon listed the members of its delegation being sent to discuss maritime borders with Israel. The meeting, which begins on Oct. 14 at the Naqoura UNIFIL headquarters, will be overseen by US officials.

The Presidency of the Republic said the negotiations are “purely technical,” downplaying rumors that the talks are part of a normalization process with Israel.

Hezbollah’s parliamentary bloc said last week that the negotiations “have nothing to do with making peace with Israel and do not come in the context of reconciliation with the enemy, nor with normalization policies.”

The economic stranglehold on the Lebanese public is tightening, with citizens voicing complaints about lack of medicine available in pharmacies.

The country’s chemists are preparing to stage their first-ever strike on Tuesday, in a bid to prevent “the smuggling of subsidized medicines out of Lebanon, and steps to remove subsidies on medicines.”

President of the Pharmacists Syndicate Dr. Ghassan Al-Amin said medicine smuggling is affecting Lebanon’s ability to provide vital medicine to the public. He added: “There are 17 pharmacies in Iraq that sell drugs smuggled from Lebanon, and there are pharmacies in Syria that sell smuggled Lebanese medicine.”

Minister of Health Hamad Hassan revealed during a meeting with the Pharmacists Syndicate that “a truck covered with shades was seized containing a large number of vaccines being transported abroad.”

The minister also warned of “large quantities of medicines arriving at pharmacies and being smuggled at night across the border with Syria.”

An Italian Teenager Could Become the First Millennial Saint