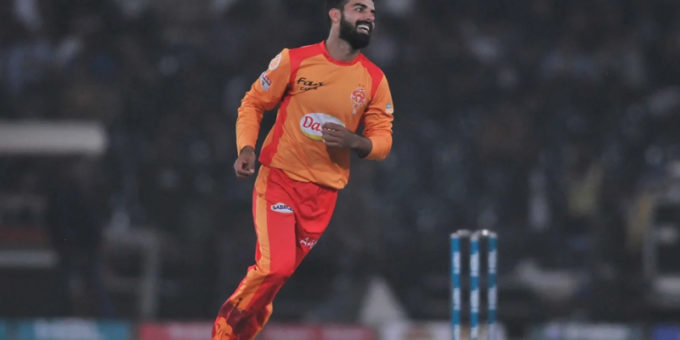 The 22-year-old became the leader of the
franchise in the 2020 edition of the Pakistan Super League (PSL) and later went
on to captain the national team on the tour of New Zealand in the absence of Babar
Azam.

Munro, while talking to Sportkeeda, heaped praise on Shadab and believes that he has all the attributes to become a successful captain.

“I’ve played under a lot of captains and Shadab is up there as one of the best captains,” he said. “He’s a young captain, but he’s really calm and that’s what I enjoy about him. The calm he brings to the group when we’re out on the field. T20 is a hustle-bustle format, very in your face, but he keeps you calm. You can see the way he talks to the bowlers and keeps them calm.

“Even off the field, talking about cricket,
he’s got a lot of knowledge for a young guy. He’s a great skipper, one of the
guys to look out for as a leader within Pakistan too. I’ve played a lot of
cricket with him, it’s good to see him stepping up as a leader at such a young
age and giving powerful tips to the guys coming through.”

Shadab has played 143 T20s in his career where
he has already managed to score 1,159 runs and managed to claim 166 wickets.

Haryana Covid Restrictions Till June 14, Malls And Bars Can Reopen

Akshay Kumar gives insight into his interview with PM Modi; says the PM was taken aback by the questions : Bollywood News
2019-12-07