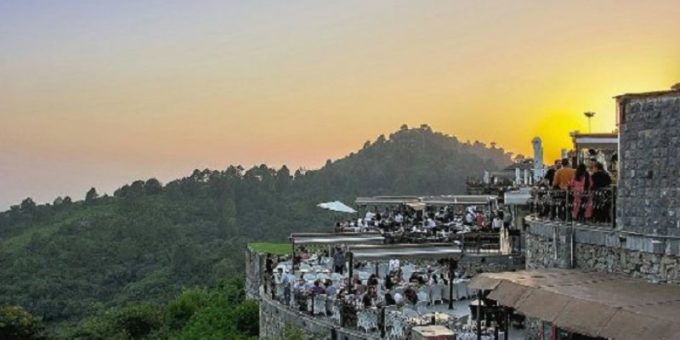 The Islamabad High Court (IHC) directed the Islamabad chief commissioner and the Capital Development Authority (CDA) on Tuesday to seal off Monal Restaurant immediately and take over the navy’s golf course, respectively.

The IHC chief justice made these remarks during a hearing regarding encroachment in Margalla Hills National Park.

During the hearing, Justice Athar Minallah said that any claims, including the one by the Military Farms directorate, regarding the ownership of land in the Margalla Hills National Park are false. “This is a protected area owned by the federal government,” he added.

“Seal Monal if its lease has ended,” Justice Minallah added.

About Margalla Hills Park, the court said the land belonged to the state. “It is a protected area and there can be no activity in it. No one can even cut grass in the national park area,” the IHC CJ said.

In a comment on Margalla Greens Golf Club, the chief justice said that the Pakistan Navy encroached on the national park’s land to build a golf course.

“The armed forces also have to comply with the laws,” he said, adding that people have “respect for the military forces but what message would they convey to the public by encroaching on state’s land”.

“People will also follow the law if such things are stopped,” he said in reference to violation of laws by the state institutions.

Ordering the CDA to take control of the golf course on the same day, the IHC CJ directed the chief secretary to make sure that the takeover happens today to avoid any embarrassment.

“You agreed that the golf course is illegal,” the IHC CJ said to the secretary, directing him to launch an inquiry to fix responsibility.

Justice Minallah said these rules also applied to the armed forces. “Are these rules being implemented,” he questioned. “Did the Pakistan Air Force seek CDA’s permission for the constructions it carried out,” the bench inquired.

They may have some security reservations, Justice Minallah said, adding that the defence secretary is here and he should be heard but the laws needed to be implemented strictly.

He said there should not be any illegal construction by the armed forces as the court did not want to see the forces become controversial. “It is against the public interest,” the judge added.

According to Justice Minallah, not even a single property can be in the name of any institution. He said the armed forces were not autonomous but subordinate to the defence ministry. The 8,000 acres of land claimed by the military farms is now part of the national park, he said while dismissing the claim of the military farms.

Speaking about the role of armed forces in the encroachment, he said the law was clear regarding the land allocated to the armed forces. “The armed forces should not be controversial in any way. It is not in the public interest,” the judge remarked.

He also mentioned the sailing club built by the navy in a public park, saying such practices bring a bad name to the armed forces.

At the start of the hearing, the additional attorney general (AAG) informed that Special Assistant to the Prime Minister on Climate Change Malik Amin Aslam could not appear before the bench due to Covid-19. Justice Minallah also grilled the climate change secretary during the hearing. He said his ministry had acknowledged that the land was encroached upon, but still there was no action. “Is your job just to plant trees,” he quipped.

Lamenting the state of affairs in the federal capital, he said there was “lawlessness” in 1,400 square miles of the ICT territory. “What is happening is shocking; what should the court do,” he added.

During the hearing, the IHC CJ also asked what happened to land that is of no purpose or use to anyone. The AAG replied that it was the executive’s job to determine that. However, Justice Minallah retorted that this is to be determined by the law instead of the executive.

The high court also ordered the Environment Protection Agency to submit a report on the damages caused by illegal constructions in the national park.