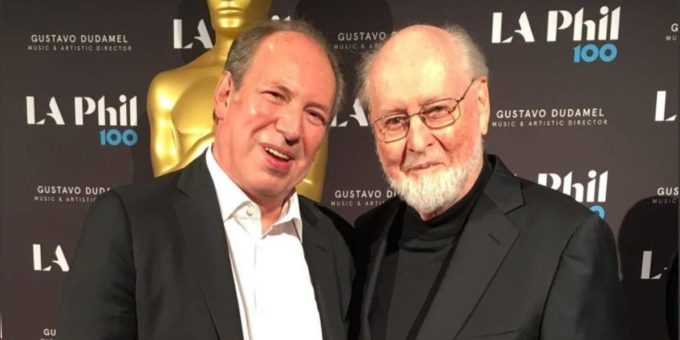 Hans Zimmer turns 64 today. The iconic German music composer is often compared to the legendary John Williams, the Master, as he has often been called, and not without reason. Admittedly, Zimmer has a long way to go before we can put him in the same category as Williams, but he is arguably the closest we have right now.

In at least one way, Zimmer is the modern John Williams. Williams scored the music of some of the biggest blockbusters of the last third of 20th century and early 21st century. Star Wars, Superman, Jaws, Jurassic Park, Close Encounters of the Third Kind, E.T. the Extra-Terrestrial, Harry Potter — the list goes on and on.

If you listen to theme music of movies and have seen popular Hollywood movies, chances are, you are already intimately familiar with Williams’ work. His influence gets more and more staggering when you learn more about him.


He has defined what precisely film music is for more than half a century. Thus far, he has won 25 Grammy Awards and five Oscars. That is quite a resume, and so far, neither Zimmer nor anybody else is anywhere close as far as accolades are concerned.

However, Zimmer is no slouch. He occupies a similar spot in movies of late 20th and early 21st century. His credits include The Lion King, Gladiator, Pirates of the Caribbean, The Dark Knight, Inception, Batman v Superman, Interstellar, among others. The sheer number of popular movies he has given music to indicates that he is the one true heir of Williams.

Granted, Zimmer does not dominate the scene as definitively as the Master. But to reiterate, he comes closest to the position Williams enjoyed.

Apart from their distinguished position in the industry, their styles are quite different too. While Williams is wholly inclined towards traditional orchestral and classical styles in the vein of Wagner, Zimmer is open to incorporating electronic music in his work and is in fact known most well known for melding the two styles to create something new like in The Dark Knight trilogy.

England vs India: Nothing Was Said Between Mohammed Siraj And Me, Says Jonny Bairstow On Silent Send-Off
2021-08-11