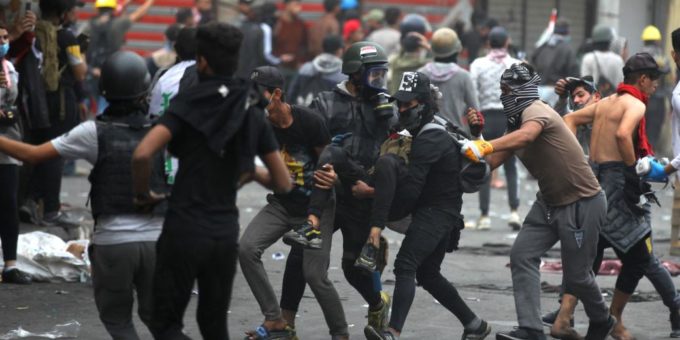 ANKARA: Ankara tested its S-400 Russian-made air defense system this week. That move is unlikely to shield the country from sanctions, though. Indeed, it seems likely the US Senate and the US Treasury will bring forward some sanction packages in retaliation against Turkey moving forward with the Russian system.

The chairman of the Senate’s Committee on Foreign Relations, the Republican Jim Risch, has already introduced legislation that would impose stiff sanctions on Ankara following its military incursion into northern Syria. The senate only refrained from enacting those sanctions —  which have bipartisan support — on the condition that Turkey remove the S-400 system from its arsenal.

The committee was set to re-examine the situation early in December, but is now understood to be growing impatient with Ankara’s defiance and strongly considering the enforcement of the 2017 Countering America’s Adversaries Through Sanctions Act (CAATSA), along with banning US purchases of Turkish sovereign debt, and punishing the Turkish banking and energy sectors.

During his meeting with US President Donald Trump at the White House on Nov. 13, Turkish President Recep Tayyip Erdogan was asked to abandon the Russian system that began arriving in Turkey in July at the Murted Air Base in Ankara with much fanfare. In response, Washington removed Ankara from the multinational manufacturing program for F-35 joint-strike fighter jets and banned the sale of those aircraft to Turkey.

This week, Turkey unexpectedly tested a component of the S-400 radar system in Ankara for two days while US-made F-16 jets flew low across the Turkish capital. It had been expected that Turkey would keep the Russian system deactivated in order to avoid US sanctions.

Instead, Ankara is widely considered to have issued a challenge to Washington that will likely see more voices urging congress to push ahead with CAATSA sanctions against Turkey as the radar tests are seen as a threat to NATO’s security systems.

CAATSA sanctions include a range of options —  from denials of visas of Turkish officials and the prohibition of export licenses to harsher measures such as the blocking of any transactions with the US financial system.

In a recent interview with the Turkish broadcaster NTV, Erdogan said he would continue trying to resolve the S-400 dispute with Washington until April 2020, when the system would be fully deployed. On Wednesday, Turkish Foreign Minister Mevlut Cavusoglu made it clear that Turkey needs the system. “A product is not bought to be kept in the box,” he said.

Soner Cagaptay, director of the Turkish program at the Washington Institute, described Turkey as “a hybrid state” in global politics, meaning it hopes to deepen its ties with Russia while remaining a member of NATO.

“We haven’t seen Turkey’s final word regarding the S-400 issue. Due to (Turkey’s) hybrid nature, every discussion that Erdogan has with Trump has to be run by (Russian President) Vladimir Putin afterwards before he can finalize whatever he discusses with Trump,” he told Arab News.

There is a general expectation that Ankara will only declare its final intent after Putin’s visit to Turkey in January.

Aaron Stein, director of the Middle East program at the Foreign Policy Research Institute, said the implementation of the sanctions is up to Trump, but he expects some congressional efforts to insert related clauses into the consensus bill for the National Defense Authorization Act.

“Trump is holding off an increasingly angry congress and, I think, eventually, he will capitulate,” Stein told Arab News.

According to Cagaptay, Erdogan is still betting on Trump’s desire to preserve Turkish-US ties to hold off sanctions.

“We can expect very severe sanction legislation to be brought forward both in the House and Senate. But every sanction package has national security waivers that Trump can use to rescue Turkey again. Analysts are chronically underestimating the role of the Trump-Erdogan relationship to rescue (Turkey) from the crisis,” he said.

Stein agrees, to an extent.

“Ankara has placed all its bets on Trump. It is working, for now. But let’s see what happens if Trump caves to his own Republican caucus,” he said. “I think much of Turkey’s response will depend on the severity of the sanctions.”

High-Protein Breakfast: Make These 7 Recipes To Indulge In A Yummy And Nutritious Breakfast
2021-07-08