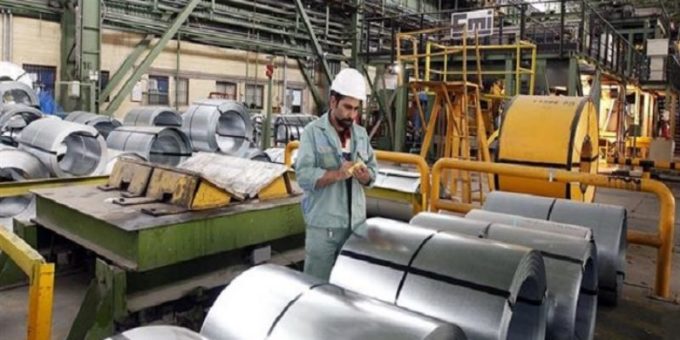 Stiffer US sanctions imposed on Iran’s steel industry late last year are failing to impact the sector which saw exports of the strategic metal jump 93 percent in January.

According to statistics released by Iranian mines and metals group IMIDRO, major producers exported 675,000 tonnes of steel in the first month of the year.

They also exported 5.88 million tonnes of finished and semi-finished steel in the first 10 months of the current Iranian year up to January 20, a 25% increase on the year, the report said.

The figures did not include exports by Iran’s small private sector mills which like other Iranian producers send the bulk of their products to Southeast Asia and the Middle East.

Iranian steel mills are monitoring the global market for any gap from falling Chinese exports in the wake of a coronavirus epidemic.

China is the world’s largest steel exporter, but overseas orders for Chinese steel are reportedly declining. According to S&P Global Platts, Turkish, Iranian and Russian are in a race to fill the gap in the market.

Iran’s industrial metals, specifically steel, are the latest target in the Trump administration’s maximum pressure campaign, but officials say the sector is unfazed and keeps growing.

In December, the US government launched the latest salvo in the campaign as it warned against exports of steel-making materials to Iran.

The US Department of State cautioned that those involved in transfers or exports to Iran of graphite electrodes and needle coke, which are essential materials for Iran’s steel industry, were at risk of sanctions regardless of their nationality or location.

However, Iran’s Minister of Industry, Mine and Trade Reza Rahmani put the damper on Washington’s haughty grandstanding, saying Iranian producers had obtained the technology to make graphite electrodes.

Iran is a leading producer of steel in the world, with officials saying exports continue despite the US sanctions.

While Iran’s metals sector is facing the headwinds of the US sanctions, industry experts say the industry will continue to grow even in worst-case scenarios.