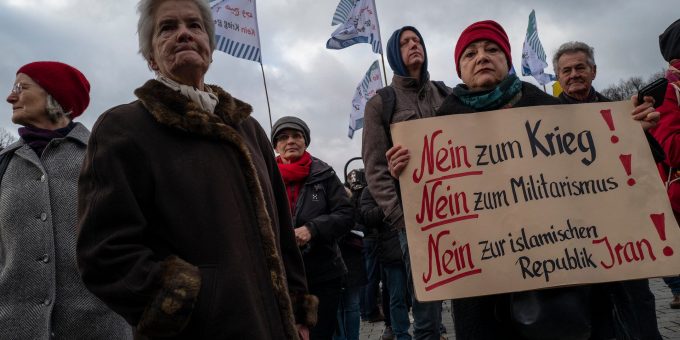 RIYADH: The online presence of the anti-government campaign, “no to the Islamic Republic”,  calling for the removal of the clerical regime has gained popularity in the recent days, TV news channel Al Arabiya reported.


The campaign launched in March against the current government has gained traction in the recent days with more than 600 anti-regime Iranians, including political activists, artists, athletes and academics.


Supporters of the campaign say the current regime is an obstacle to the growth and advancement of the country—some advocates of the movement are relatives of Iranians killed by the regime.

It is a public demand and a civil struggle to show the international community to hold a referendum on the existence or non-existence of the Islamic Republic.#No2IslamicRepublic#نه_به_جمهوری_اسلامی pic.twitter.com/09Qxt8WvXP


The country has been facing ongoing political turmoil and instability, which has led formal leaders to voice their opinion.


Iran’s former crown prince Reza Pahlavi voiced his support for the campaign, tweeting: “I too have joined and support the #No2IR campaign started by activists inside Iran.”


The campaign “transcends any political party or affiliation,” Pahlavi wrote, adding that “we can transform it into an inclusive national movement.”

Israeli-owned ship hit by missile in suspected Iranian attack: OfficialHouthis use force to break up migrant protest calling for probe into fatal fire

Silence, Can You Hear It movie review: Manoj Bajpayee is the star of this entertaining murder mystery