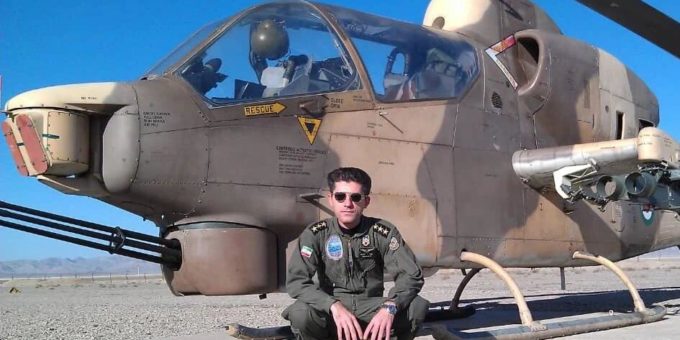 LONDON: The British strategy of leaving Daesh members and their families in Kurdish-administered camps in Syria is a “coward’s Guantanamo,” Britain’s former top prosecutor has said.


Lord Macdonald, the UK’s former director of public prosecutions, compared the situation in camps in Syria to the US-run Guantanamo Bay prison, which has been used to hold hundreds of people suspected of terrorist crimes or affiliations indefinitely and without trial.


“I think we’re just demonstrating an unwillingness to take responsibility. I think it’s an embarrassment personally … a coward’s form of Guantanamo,” the House of Lords member said while giving evidence at a parliamentary committee on Britons trafficked to Syria.


Rather than repatriating Daesh recruits to face prosecution at home, the UK has chosen to strip them of their citizenship where possible, making it impossible for them to legally return to the country.


Dozens of women and children are among the British citizens currently living in dire conditions in camps run by the Syrian Democratic Forces.


The committee heard that this approach is increasingly at odds with other Western nations such as Denmark, Germany and the US, which are gradually bringing their people home and putting them before juries.


Ministers have considered running trials in Iraq and Syria as a compromise — an idea Macdonald branded “preposterous” on logistical and legal grounds.


Instead, he urged London to “set our justice system loose” and attempt to formally prosecute suspected Daesh members.


“I am confident that many of these individuals would face prosecution because we do know a lot, and many of them have spoken about themselves on social media,” he said. “There are other means by which we can place some restraints on people we have to release.”


Officials and observers have consistently warned that abandoning Britons and other foreign nationals in Syria presents a long-term security threat.


A former senior official in the US State Department’s Bureau of Counterterrorism told the committee that repatriating people from these camps is “the right thing do to from a security perspective.”


Chris Harnisch, deputy coordinator for the department from 2018 until earlier this year, said the Trump administration chose to take back “Americans of all ages.”


Other countries must do the same to “prevent the re-emergence of the caliphate,” and there is “no viable alternative,” he added.


Daesh’s leadership “has made clear that the men, women and children in prisons and camps are strategic assets,” Harnisch said, warning of repeated attempts at large-scale prison breaks.


“The US and UK and the whole world is at more risk,” he added. “Al-Hol is the capital of the caliphate at this point — you have more hardened adherents to ISIS (Daesh) ideology living in that camp than anywhere in the world.”


Escapees, Harnisch warned, could join Daesh campaigns in Syria and Iraq, or travel further afield and return home from there to plan attacks.


He pointed to previous prison breaks by the Taliban in Afghanistan as evidence of the grave threat that the status quo presents.


Harnisch urged the UK to “think twice before stripping nationals of citizenship,” adding: “Such an approach is misguided and will make us all less safe.”


John Godfrey, US special envoy for the global anti-Daesh coalition, said in March this year that there remained around 2,000 foreign fighters in Kurdish-run camps in Syria, with about 10,000 associated family members, the majority of them children.


The British government has previously said prosecuting returning Daesh members presents serious legal challenges as it is difficult to prove the actions they took while in Syria and fighting for the group.


On Monday, a German court sentenced a female Daesh recruit to 10 years behind bars for war crimes committed after joining the group, including the enslavement, horrific abuse and eventual murder of a Yazidi girl she purchased on the Daesh slave markets.

Mumbai Police Commissioner says that the FIR filed by Rhea Chakraborty against SSR’s sister is with CBI : Bollywood News
2020-10-06