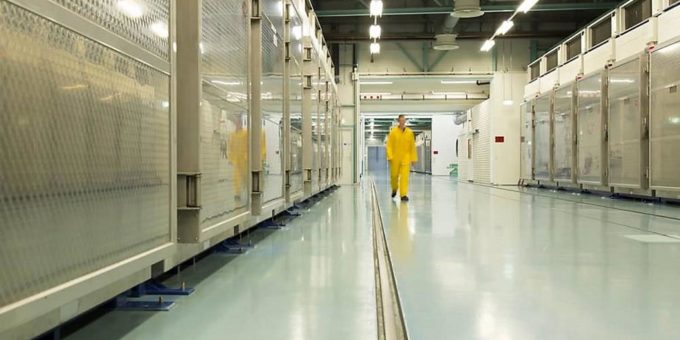 ZURICH: Iran does not at this stage have enough enriched uranium to make one nuclear bomb under the UN atomic watchdog’s official definition, the agency’s head told an Austrian paper.
“The Iranians continue to enrich uranium, and to a much higher degree than they have committed themselves to. And this amount is growing by the month,” International Atomic Energy Agency (IAEA) head Rafael Grossi told Die Presse in an interview published on its website on Saturday.
Asked about how long Iran would need to build a nuclear weapon — the so-called “breakout time,” he said:
“In the IAEA we do not talk about breakout time. We look at the significant quantity, the minimum amount of enriched uranium or plutonium needed to make an atomic bomb. Iran does not have this significant quantity at the moment.”
Iran denies ever having had a nuclear weapons program, saying its nuclear program is purely for energy purposes.
The IAEA defines “significant quantity” as the approximate amount of nuclear material for which the possibility of manufacturing a nuclear explosive device cannot be excluded.
The most recent quarterly IAEA report on Iran last month said it had 2,105.4 kg of enriched uranium, far above the 202.8 kg limit in a 2015 deal with big powers but a fraction of the enriched uranium it had before the accord.
It is also enriching to up to 4.5% purity, far below the 20% it achieved before the deal and the 90% that is considered weapons-grade.

In Belarus, Women Led the Protests and Shattered Stereotypes

CBI Files Case In Hathras Case, Day After Taking Over From UP Police